WHO: Address worsening urban air quality as a priority

WHO: Address worsening urban air quality as a priority 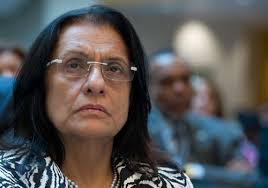 Improving air quality must be a top health and development priority in countries of WHO South-East Asia Region as increasing air pollution levels are putting the health of billions of people at risk, said Dr Poonam Khetrapal Singh, WHO Regional Director for South-East Asia, in a WHO press release.

She added, "More and more cities are now measuring air quality levels, which in itself is an indication that governments are recognizing air pollution as a problem. Monitoring air quality is a critical step for taking corrective action. Nine of the 11 countries in the Region have accessible data on air quality in the global report, with India having data from 122 cities."

There is an overwhelming evidence of the impact of air pollution on stroke, heart disease, lung cancer, and chronic and acute respiratory diseases.

Globally, in 2012 air pollution in urban areas is estimated to have caused 3.7 million deaths with more than one-third reported from the South-East Asia Region.

Though awareness is rising, there is an urgent need to address the problem and implement evidence-based interventions.

"In an urban setting, vehicular emissions are an important consideration, particularly with populations living in close proximity to roads. The problem of air pollution can only be addressed through multi-sectoral cooperation. Increasing use of clean energy such as LPG, renewable power sources like solar and wind, and prioritizing public transportation, walking and cycling amenities in cities are among a number of affordable strategies that can be adopted," opined Dr Poonam.

The energy, transport, environmental and health sectors need to intensify their work together to prevent further impact, she held.