A milestone in the history of cardiovascular surgery in the country 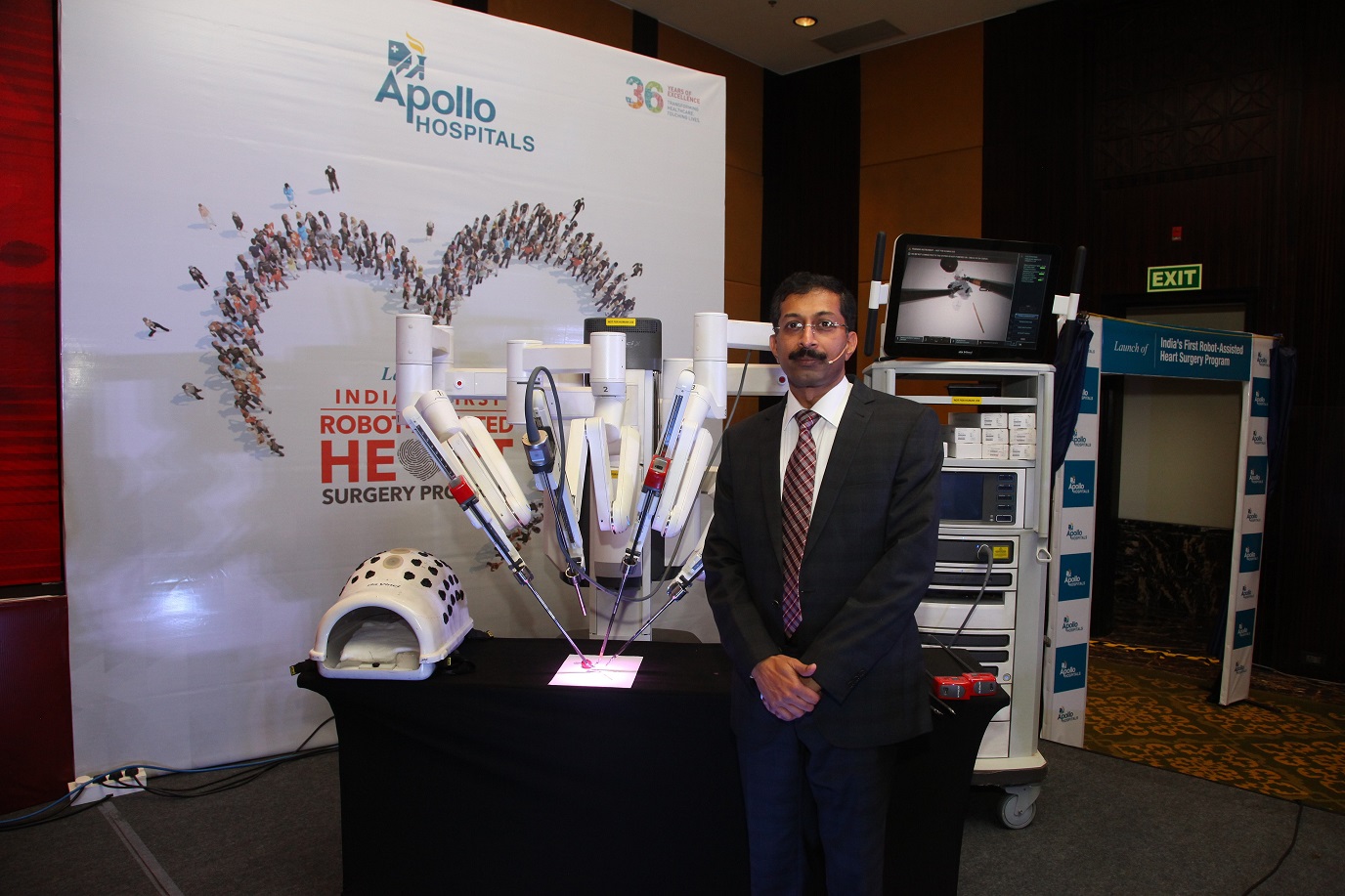 Apollo Hospitals Bengaluru, one of the most advanced multi-speciality tertiary care hospitals in the city and part of the Apollo Hospitals Group has announced the launch of the first dedicated Robot-Assisted Cardiac Surgery Unit in India.

The advanced fourth-generation versatile ‘da Vinci Xi’ robotic surgical system costs around Rs 25 crore. The team at Apollo will be soon using the system for a bypass surgery. In addition, Apollo plans to open a second dedicated unit of robotic assisted cardiac surgery unit in Mumbai in January 2020.

The innovative technology of the da Vinci Xi allows complex cardiovascular surgeries to be performed through smaller incisions and precise motion control, as compared to conventional open heart surgery, which involves opening up the chest by splitting the breastplate. The robot is docked near the operation table while the cardiac surgeon sits on a console from where commands are given to operate the smooth and dexterous robotic arms with a precision that would be impossible without the robot. A high-definition camera provides a clear, 3D view of the chest to the surgeon on a console screen.

The da Vinci Surgical System is a robotic surgical system made by the American company Intuitive Surgical. Present in Switzerland, US, Germany, Mexico, Japan, Korea and Taiwan, Intuitive established a direct presence in India in 2018 at Bengaluru. The first da Vinci robotic assisted surgery took place in India nearly two decades ago in a Delhi hospital in 2002.