The verdict will ensure CTH classification for micromanipulators as medical devices 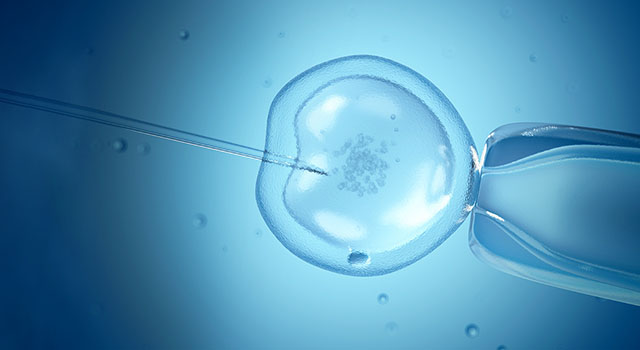 Shivani Scientific Industries Pvt. Ltd., a Mumbai based IVF and ICSI technology provider, has won a litigation that now allows classification of ICSI machines, used in IVF and, as medical equipment. The verdict will help reduce the IGST(Integrated Goods and Service Tax) levied on the machines, and the resultant benefits can be passed over to patients, making the IVF and Male infertility treatment cheaper and affordable.

The Indian IVF services market is projected to reach $775.9 million by 2022 at a CAGR of 16.6 percent from 2016 to 2022. This is due to the rising infertility rate among Indians. According to statistics, about 10-14 percent of the Indian population is suffering from infertility. Nearly 27.5 million couples are fighting with infertility in the hope of conceiving a child. IVF and other artificial/ assisted pregnancy procedures in India, although in high demand, are also expensive and the sector is loosely regulated. Despite the growth potential, the cost and the inadequate number of clinics, are major challenges that are impacting the sector.

The landmark verdict of the litigation fought and won by Shivani Scientific Industries, is helping bridge this challenge. The ICSI Machines, largely used for treating male infertility, consists of Micromanipulator along with Microscope. These, when imported, attracted a higher import duty than other medical devices, and a GST of 18%, as it had been inaccurately classified under the HSN Chapter heading 9011.

Considering the wide spread use of these specialised equipment in the field of IVF and Assisted Reproduction   Techniques, M/s. Shivani Scientific Industries contested this classification in a legal battle that prevailed, they pushed forward to get Customs authorities to grant CTH Classification for these equipment them under chapter 9018, along with other medical devices, which enjoy relatively cheaper import duties and a lower GST of 12%.

After a persistent legal battle, Shivani Scientific Industries was able to prove the modern usage and significance of Micromanipulator with Microscope, active components of the ICSI machine, as vital medical devices in treatment related to male infertility and was granted a favourable verdict. The order to this effect was passed in March 2019, and has now been received by Shivani Scientific Industries through CESTAT, West Zone, Mumbai. This matter was pursued at various appellate forums for last 5 years and the issue has come to rest when final order was received from CESTAT, Mumbai. The same was accepted and not challenged by the Committee of Commissioner in the Supreme Court.

Speaking about the win, Ashish Modi, Director, Shivani Scientific Industries, said, “With growing rate of male infertility in India, there is a rising demand for making appropriate treatment procedures more affordable. The ICSI (Intra Cytoplasmic Sperm Injection), which is performed using ICSI machine, is one of the most impactful treatment for male infertility. There are about 200 ICSI machines that are imported in India every year, mainly from Japan, and they cost around INR 20 Lakhs. The landmark verdict, that followed a 5 year legal battle, would help reduce this cost and make the machine available to hospitals and clinics cheaper by INR 1.0 Lakh. This benefit, when passed on to the patients, can help reduce the cost of the treatment and the overall procedure can now become affordable.”

Shivani Scientific Industries have been pioneers in the field of IVF technology, with strong focus on innovation, research, development, and training since 1994. As an industry leader, Shivani Scientific Industries has been leading the way for other players to follow, making its mark as an industry thought leader and proponent of progressive policies in the field. The litigation, which demanded large amount of resources in terms of professional expertise, financial support and dedicated human hours, is one of Shivani Scientific’s many initiatives that showcase its commitment to remain vigilant and drive the growth of the overall industry in India.  The litigation was one of the many pioneering efforts led by Shivani Scientific and it managed this win with the help of their trusted team of professional advisors, senior counsels and its employees.