If the FDA approves a sensor with non-adjunctive labeling, it means that a sensor is accurate enough to be used to calculate an insulin dose for meals and to correct high glucose levels 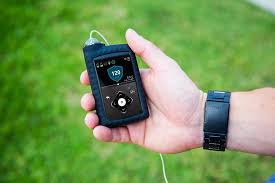 Medtronic plc, the global leader in medical technology, services and solutions, has announced its Premarket Approval (PMA) submission to the U.S. Food and Drug Administration (FDA) requesting approval for non-adjunctive labeling for its Guardian™ Sensor 3, as part of the MiniMed™ 670G system.

If the FDA approves a sensor with non-adjunctive labeling, it means that a sensor is accurate enough to be used to calculate an insulin dose for meals and to correct high glucose levels. Since Medicare requires a non-adjunctive label for sensor reimbursement, if approved, this labeling could broaden patient access by allowing for Medicare coverage of the world’s first and still the only commercially available hybrid closed loop system.

The MiniMed 670G system is being used by more than 180,000 people today, and the associated data on nearly 8 million patient days shows an average Time in Range of 71% across all age groups, which mirrors the pivotal trial data published in the Journal of the American Medical Association (JAMA).

Importantly, the clinical data meets the goals outlined in the Time in Range consensus guidelines recently published at the American Diabetes Association meeting. Overnight, when many individuals with diabetes worry about lows, MiniMed 670G system data shows Time in Range of 78% in a real-world environment, with less than 0.5% in the low ranges <54 mg/dL.

The SmartGuard™ technology in the MiniMed 670G system automates and personalizes the delivery of basal insulin 24 hours a day and is the only commercially available technology in the world that proactively drives increased Time in Range by consistently guiding to the target of 120 mg/dL throughout the day-the lowest range offered in an automated insulin pump system.

The company’s submission for non-adjunctive coverage follows the launch of the enhanced Guardian™ Link 3 transmitter earlier this year, which improved the patient experience on the system by reducing the number of system alarms by 60%5, and allowing patients to spend an additional 2.2 hours per day utilizing the SmartGuard technology in Auto Mode, which automatically regulates basal insulin throughout the day and night.