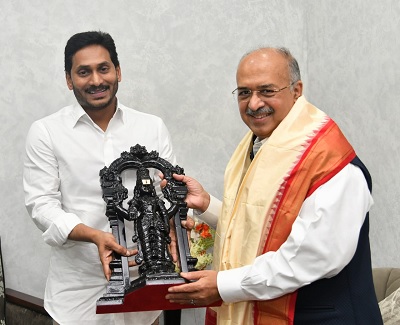 The CM explained to the team that the steps being taken by the government are for industrial progress and invited them to take advantage of this opportunity and invest in the state. The CM also explained the steps being taken with the aim of integrated development in mind; highly transparent policies are being employed in industries. The state government is determined to make quality human resources available by making skills development/training accessible to all in the state.

The opening of this facility will lead to the creation of more jobs and will contribute to the enhancement of the industrial sector in the state. Post the meeting, it was revealed that enhancing the state’s manufacturing capacity and the state government’s ongoing consultations with the relevant authorities, will lead to the company successfully establishing a new industry. The CM told the team that the state would cooperate and support the industries.