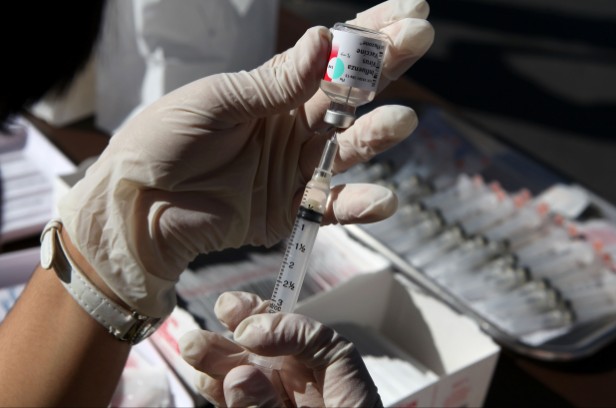 The National Regulatory Authority of India (NRA) and affiliated institutions meet World Health Organization (WHO) published indicators for a functional vaccine regulatory system. A WHO-led team of international experts from eight countries came to this conclusion at the end of a comprehensive review from 10-14 December 2012.

Commenting on this achievement, Mr Ghulam Nabi Azad, Union Minister for Health and Family Welfare said, "The Central Drugs Standard Control Organization in collaboration with WHO, has made exemplary efforts towards this achievement. The Government of India has decided to further strengthen the Central as well as the State Drugs Regulatory Systems during the 12th Five Year Plan (2012-17) and looks forward to strengthening our collaboration with WHO towards this end."

"We welcome this positive development. It reaffirms faith in India's regulatory system and also reiterate country's strength for pharmaceutical sector. The effective regulatory oversight of vaccines is especially crucial for India which is a major vaccine producer and also supplier across the globe," said Mr Keshav Desiraju, Secretary, Health and Family Welfare, Government of India.

"This is indeed a great achievement and we would like to congratulate the Ministry of Health & Family Welfare and its affiliated institutions- Central Drugs Standards Control Organization (CDSCO), Central Drugs Laboratory, Kasauli, Immunization Division of the Ministry of Health and Family Welfare, and other relevant institutions, engaged in the regulation, control and testing of vaccines," said Dr Lahouari Belgharbi, WHO Team Leader for the NRA Assessment, Quality, Safety and Standards Team, Department of Immunization, Vaccines and Biologicals of the World Health Organization.

"WHO had scaled up its technical support to the Indian NRA over the past several months in the context of this assessment. The recent success is a culmination of intensive effort by CDSCO, in collaboration with WHO, to implement a roadmap to strengthen capacity for regulation of vaccines. WHO will continue to support development of the NRA through technical advice, training and capacity building. We welcome this positive outcome. It shall go a long way in reaffirming the joint mutual strategic priority under the WHO's new Country Cooperation Strategy with India (2012-17), of supporting an improved role of India in global health, including strengthening the pharmaceutical sector and drug regulatory capacity," said Dr Nata Menabde, WHO representative to India.

"India is one of the largest manufacturers and exporters of vaccines world-wide, reinstating our thrust on maintaining highest quality and efficacy of the products that are manufactured within our country. I am happy that we have been able to strengthen and enhance the current regulatory system as per the spirit of the Mission of CDSCO and the requirements of the World Health Organization to ensure safety and efficacy of the products that are manufactured and exported from India," said Dr G.N Singh, Drugs Controller General (India).

One of the requirements to become eligible and to retain the prequalification status is to have a National Regulatory Authority (NRA) assessed as functional against the WHO published NRA indicators. The regulatory functions of the Indian NRA (Central Drugs Standards Control Organization) and its affiliated institutions were assessed for compliance against the revised WHO NRA indicators endorsed by the international consultation of experts in 2011. In addition to the general framework for the system, the following regulatory functions were evaluated: marketing authorization and licensing; post-marketing surveillance, including for adverse events following immunization; lot release by the national regulatory authority; laboratory access; regulatory inspections of manufacturing sites and distribution channels; and authorization and monitoring of clinical trials.

With a regulatory system for vaccines assessed as functional by WHO, vaccine manufacturers in India continue to remain eligible to apply for prequalification of specific products. WHO prequalification, which is a guarantee that a specific vaccine meets international standards of quality, safety and efficacy, is a prerequisite for manufacturers to supply to countries through United Nations procuring agencies.

"The Government of India has undertaken committed efforts to ensure that the regulatory oversight of the NRA for vaccines continues to meet international standards," said Dr David Wood, Coordinator of the Quality, Safety and Standards Team of the Department of Immunization, Vaccines and Biologicals of the World Health Organization.

As for all NRA assessments, sustainability of the gains made in regulatory capacity is critical. For this purpose, the team which has just completed the assessment in India has drawn up a detailed Institutional Development Plan. The plan will outline additional activities to be undertaken to further strengthen regulatory capacity in India for the period 2013-2015.