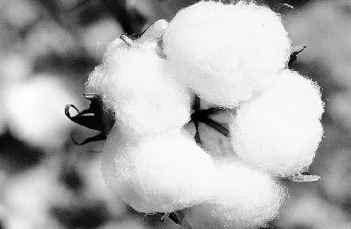 As per the latest report of International Service for the Acquisition of Agri-biotech Applications (ISAAA), India grew a record 10.8 million hectares of Bt cotton with an adoption rate of 93% and enhanced farm income from it by US$12.6 billion in the period 2002 to 2011 and US$3.2 billion in 2011 alone.

Commenting on the report, Mr Bhagirath Choudhury, national coordinator, International Service for the Acquisition of Agri-biotech Applications (ISAAA), told BioSpectrum, "The Bt cotton has been a very successful story in Indian agricultural history. The adoption rate of theis crop has been very rapid and it enjoys great popularity amiong cotton growers. It is a matter of time that it will take over the remaining part. Most importantly it is the farmers who despite lot of negativism, has still chosen to grow it and reap the benefits economically."

Mr Choudhury also feels that the policy makers have to fell the pulse of the farmers and allow them a choice without mandatory conditions for cultivation. He opined further, "It is astonishing to see that the farmers have to purchase the non bt cotton and cultivate them along with bt cotton under mandatory rules that comes with growing of the crop. It puts a load on the poor farmers who must have a choice to grow their crop of interest. Also they need to be allowed to retain the seeds."

"However, if the authorities still feel that it is neccessary for farmers to do so, they could be asked to mix both seeds as per their will and go ahead with the cultivation. It is ridiculous to say that technology will cause harm the biodiversity. Infact the availability of such alternatives will help in enhancing the concept and extend its horizons," he added.

India was among five lead biotech developing countries that includes China, Brazil, Argentina and South Africa to collectively grow 46% of global biotech crops, and have 40% of world population. To-date, biotech cotton in developing countries such as China, India, Pakistan, Myanmar, Bolivia, Burkina Faso and South Africa have already made a significant contribution to the income of >15 million small resource-poor farmers in 2012; this can be enhanced significantly in the remaining 3 years of the second decade of commercialization, 2013 to 2015 principally with biotech cotton and maize.

"Unprecedented high adoption rates are testimony to overwhelming trust and confidence in biotech crops by millions of farmers worldwide," said Dr James, who is also the author of ISAAA's annual Global Status of Commercialized Biotech/GM Crops. He added that "Farmers are masters of risk aversion. As soon as biotech crops are commercialized, their adoption is rapid, leading to near or complete optimization - the simple reason for the success of biotech crops in the U.S., and in another 28 countries around the world, is that they generate significant and multiple benefits by reducing yield loss from insect pests, weeds and diseases, and also result in substantial savings of pesticides."

Dr James added that "The latest ISAAA data for 2011 shows Bt cotton in India at 88%, and biotech soybean in Brazil at 83%. Given that products in mature markets are already plateauing at close to optimal rates, incremental annual growth in adoption will be more modest and will be boosted as: 1.) additional hectares are planted, as was the case with total maize plantings in the US in 2012 (up 5%); 2.) new traits or new biotech crops are approved; or 3.) new countries adopt biotech crops."