Bioagri gets fillip in Union Budget 2013 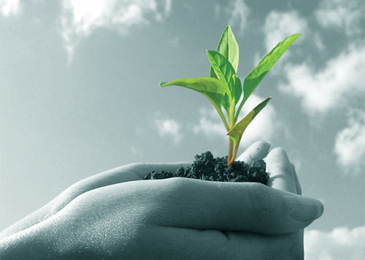 A fillip for agriculture

Giving a boost to agriculture in the country, the Union Finance Minister Mr P Chidamabaram announced $4.9 billion (Rs 27,049 crore) for the Ministry of Agriculture, which is a 22 percent increase on the current allocation for the sector. The announcement has raised the hopes in the agribiotechnology sector, especially in the eastern states of the country, as emphasis will be on crop diversification and innovation to drive a green revolution. As part of its 'look east' policy, the government has proposed a $184 million (Rs1,000 crore) allocation for agriculture in the eastern states in 2013-14.

Mr Chidambaram, who presented the Union Budget of India for the second time as the finance minister, informed parliament members that the government will establish an Indian Institute of Agricultural Bio-technology at Ranchi in Jharkhand, an eastern state of India. The institution will serve as a center of excellence in agricultural biotechnology.

Schools proposed under the institution, which will be a deemed university, will lead research in genomics, bioinformatics, genetic engineering, nano biotechnology, diagnostics and prophylactis and basic and social sciences and commercialization. The Union Cabinet, which approved the setting up of the institute under the 12th Five Year Plan in August 2012, will be mandated to:

Another initiative will be the National Institute of Biotic Stress Management for addressing plant protection issues. It will be established at Raipur, Chhattisgarh, a state in central India.

Mr Sushil Karwa, managing director, Krishidhan Group of Companies, said, "In Union Budget 2013-14, the finance minister has announced allocation of Rs 500 crore to start a program in crop diversification and promote technological innovation along with Rs 3,415 crore for agri-research. These provisions are very encouraging for the core players of agriculture and the biotech sector as it would help us to focus more on research and development."

He added that since the private sector is playing a leading role in biotech and agri sectors of the country, "we hope that government would channelize some funds in the private sector in the form of grants and soft loans to encourage it". "It would also motivate us to stress on developing innovative disease-resistant and drought-resistant seeds to deliver value added quality products that ensure higher yields at lower cost to farmers," he said.

On suggestions from scientists, the finance minister said the budget has also proposed a pilot program on Nutri-Farms for introducing new crop varieties that are rich in micro-nutrients, such as iron-rich bajra, protein-rich maize and zinc-rich wheat. "I propose to provide a sum of up to $36.7 million (Rs 200 crore) to start the pilots," he said, during his budget speech, adding that he hopes to see a sufficient number of such pilots in the districts most affected by malnutrition.