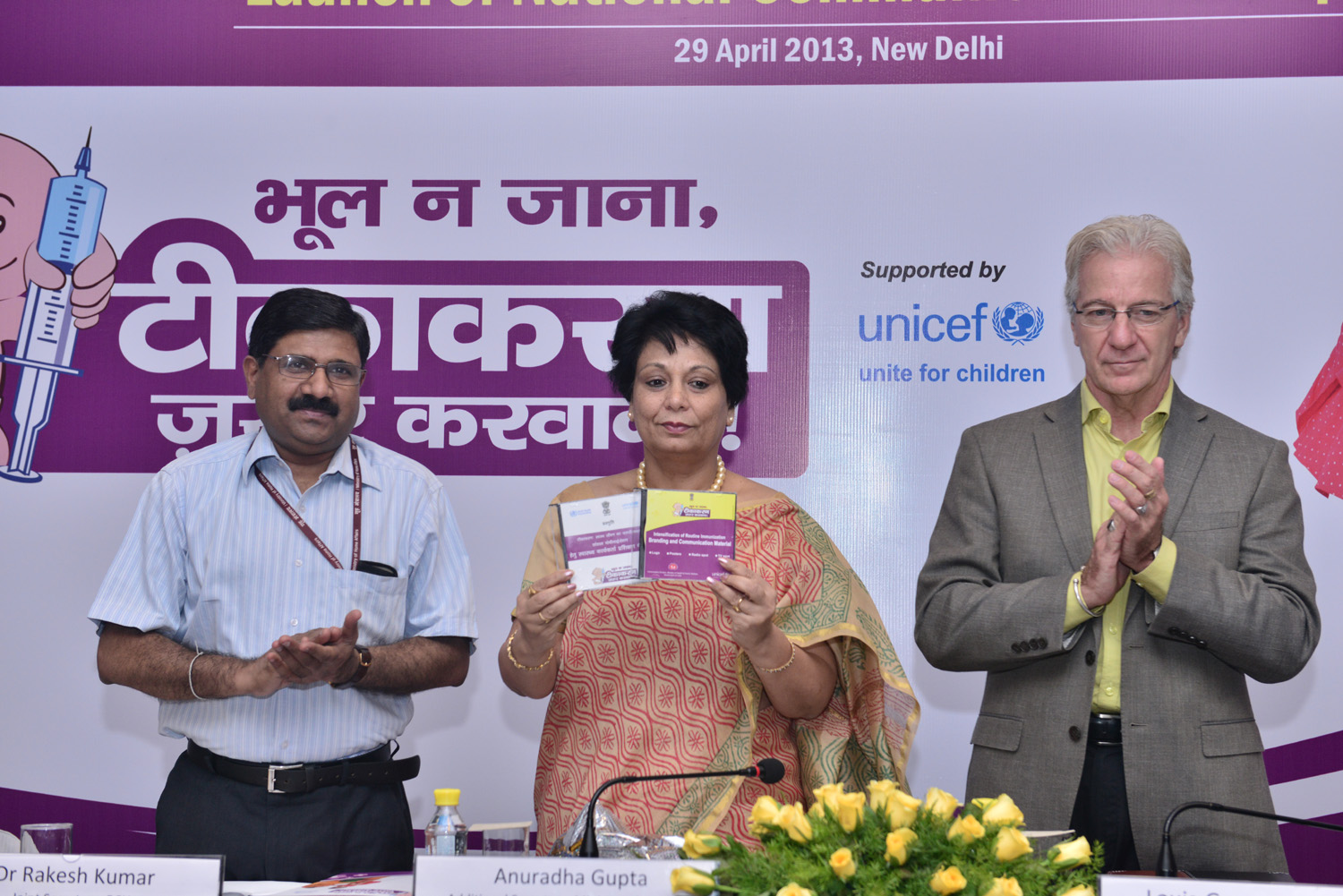 The communication campaign aimed at increasing awareness among people in remote areas, was launched by Ms Anuradha Gupta, Additional Secretary, Ministry of Health and Family Welfare and Mission Director, National Rural Health Mission on April 29, 2013 at New Delhi. The media event was held in presence of development partners and health officials, in collaboration with UNICEF, as a part of the first special immunization week (April 24-30).

Speaking to media, Ms Gupta mentioned that the special immunization week is an opportunity to reinforce India's call to action for child survival and development. "The new RI logo and other communication material will promote consistent messaging to raise awareness on the urgency of reaching every child with lifesaving immunization," added Anuradha Gupta while pointing towards a new RI logo, TV spot, radio spot and posters that have been included in the campaign. She also emphasized on the need of ensuring that all the vaccines given free of cost, reach every last child in the country.

Emphasizing on UNICEF's focus to promote equity in programme results, Mr Louis Georges Arsenault, UNICEF India Representative said, "In India, inequity persists within and between states. There are geographical, rural-urban, rich-poor, gender and other related differences in vaccination coverage. Disparities need to be addressed to reach every last child. The Special Immunization Week is an opportunity for all of us to renew focus on ensuring equity in immunization coverage."

The intensified campaign comes in backdrop of the fact that close to 75 lakh children every year miss the benefits of childhood vaccinations. A majority of those missing the opportunity are from among the undeserved and marginalized populations. Being unvaccinated keeps them at highest risk of catching life threatening childhood diseases. Keeping in view these facts, the year 2012-13 was declared as "Year of Intensification of Routine Immunization" by the government of India. After successful introduction in Tamil Nadu and Kerala, intensification efforts saw the expansion of pentavalent vaccine to six more states in India.