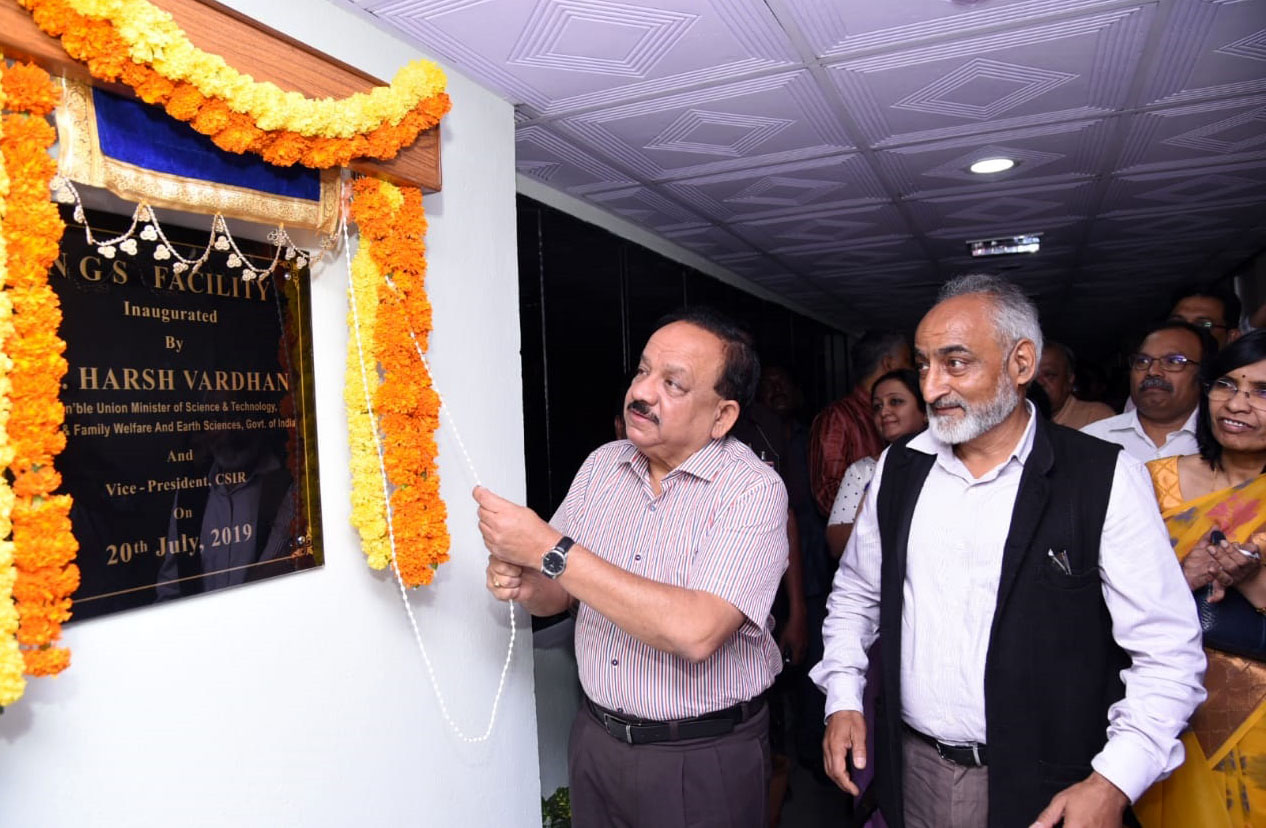 Union Minister of Health and Family Welfare, Science and Technology and Earth Sciences, Dr Harsh Vardhan recently inaugurated the Next Generation Sequencing (NSG) facility at the Centre for Cellular and Molecular Biology in Hyderabad. The facility includes technology for high genome sequencing and also diagnostic sequencing of clinical samples. The state of art machine, acquired at a cost of Rs. 8 crore can sequence 18,000 samples in 8 minutes. The NSG would help prenatal genetic screening and counselling, thereby generating large scale genomic data critical for diagnosis and therapy.

The Minister later laid the foundation stone for the ‘ scale up facility for agrochemicals ‘ proposed to be constructed as part of Agro mission project under CSIR. The project aims to develop processes that are cost effective and free from pollution related issues . The Agro mission is focused in promoting the interests of the farmers to develop sustainable agricultural practices.

Later, addressing the staff and students of CSIR- CCMB, IICT and NGRI, Dr Harsh Vardhan, said that the NSG facility would help in finding drugs for rare genetic diseases, which the drug industry does not manufacture due to high costs involved. He said there is a need to develop Scientific Social Responsibility and ensure that research is transferred to industry, and help the public at large.

Addressing a press conference later, the minister said that the National Medical Commission Bill approved recently, by the Union Cabinet would soon be introduced in the Parliament. He said the Prime Minister is keen to achieve New India by 2022, and giving importance to the health of the citizens, as seen in the budgetary allocation to the Health Ministry, which has increased by 150%. The Minister said that the Ayushmann Bharat scheme has so far benefited 10.7 crore people, and 16,000 hospitals have been empaneled under this scheme. He also said that efforts are still on to convince the states of Telangana, West Bengal, Odisha and Delhi to join the scheme. He said the government is committed to eradicate TB by 2025. Intensified Indradhanush will be implemented to vaccinate all children, he said.

He further stated that prevention is the key in many diseases and a social movement on Eating Right should be  taken forward to educate our people, stressing the importance of inculcating right food habits.