FICCI organises National Executive Committee Meeting on ‘Digital India and its Impact on Economy and Industry’. 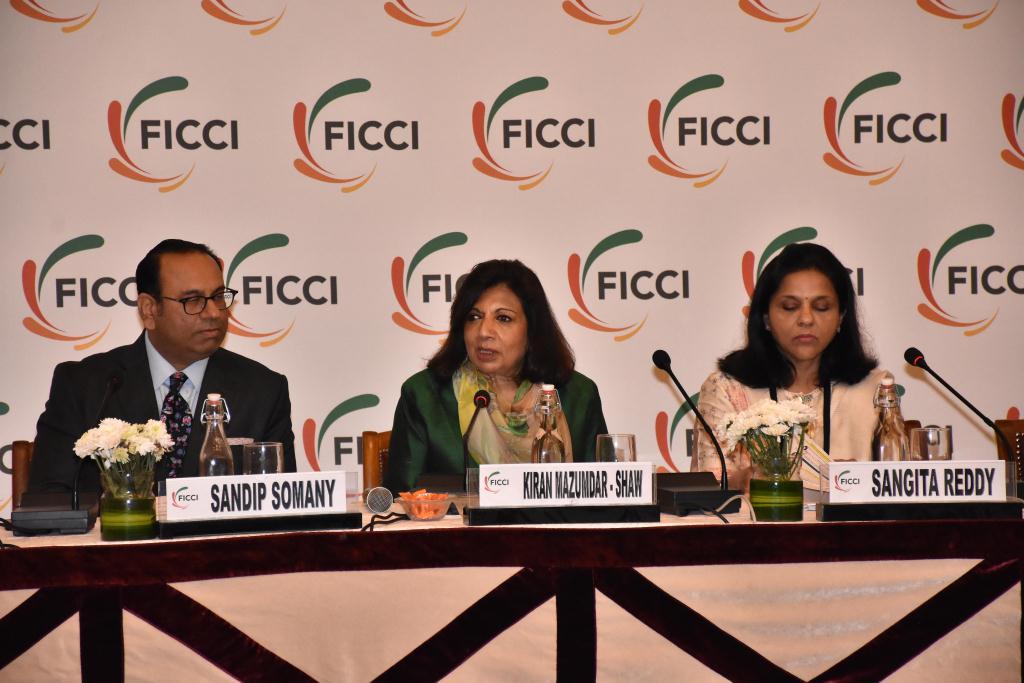 Co-founder and Chairman of Infosys Technologies, Mr Nandan Nilekani has said that India’s digital infrastructure will play a major role in reviving the economy.

Mr Nilekani was addressing FICCI members at the National Executive Committee Meeting on ‘Digital India and its Impact on Economy and Industry’.

He said that the country has witnessed dramatic transformation through Aadhaar-based e-KYC and online payments, adding that India’s digital data architecture will set the tone for business revival.  “Once data becomes the basis for decision-making in many sectors, you will see a big change,” said Mr Nilekani.

“Bio-economy is a crucial segment of our economy and the new government must focus on this in a big way,” she said.

Pointing out that in India, the investment in research and development is less than 1% of GDP, Ms Shaw said, “we must invest at least 2% of our GDP in science, technology and research”.

She said that our education system must embrace research culture and we must leverage the powerful tool of scientists and engineers available in the country.

Ms Shaw also said that gene sequencing cost has come down substantially, which can be utilised for diagnosis of critical disease and in other areas — Indian companies can hugely benefit from gene sequencing.

She also urged FICCI to take up the changes required in the Bio-diversity Bill with the government.

In another session, Mr Rajeev Chandrashekhar, MP and Past President, FICCI, said that industry must play an important role in the deliberations on a secure India and a responsive governance structure.

“We have to independently ensure our safety and security,” he said. Mr Chandrashekhar also said that, in another critical area, the process of reforms in governance started in 2014, and added that, “governance reforms with increased transparency will enhance efficiency of spending”.

Mr Sandip Somany, President, FICCI in his opening remarks for the three sessions, talked about the contributions of the three speakers in their respective domains and also the challenges faced by these areas. “Digital empowerment has led to greater inclusiveness, with the efforts of government as well as several private sector enterprises,” while welcoming Mr. Nandan Nilekani.