The posters supply information in both English and Kannada, in order to have a larger effect on the overall population of Bengaluru 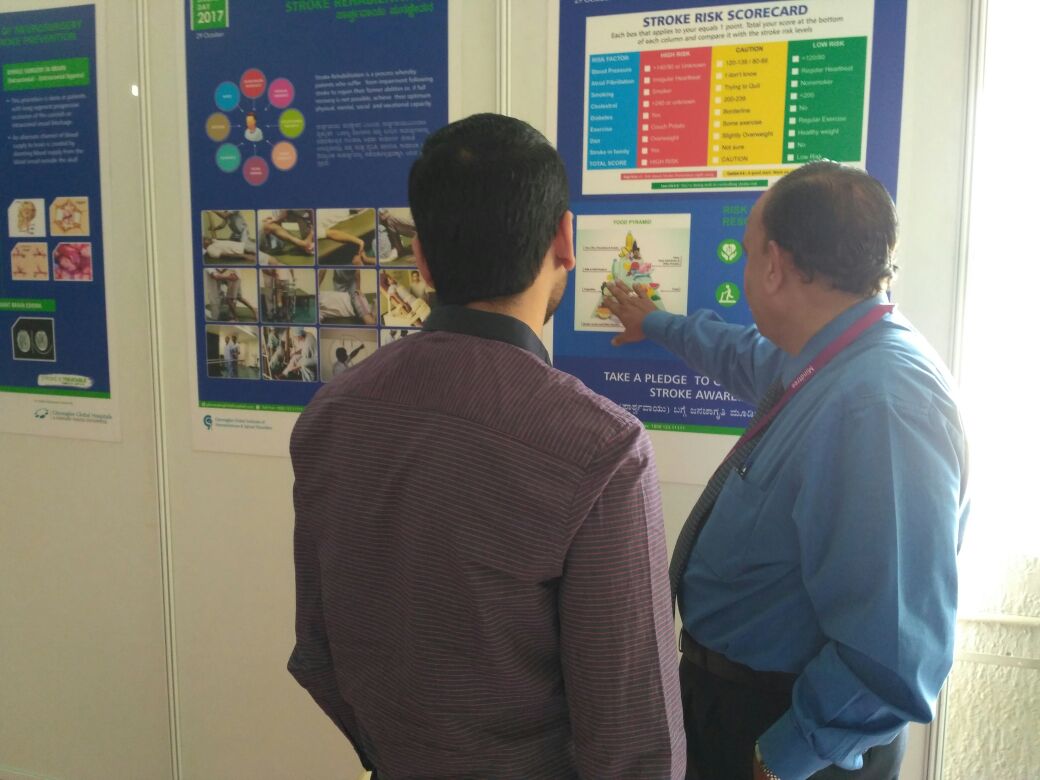 In an attempt to increase stroke awareness, Gleneagles Global Hospitals has set up a Stroke “Museum on the Move” in Bangalore

The exhibition consisting of 13 informational poster is set to circulate throughout various locations in the city. It began its journey on October 29th, also observed as World Stroke Day, at BGS Gleneagles Global Hospitals in Kengeri.

The exhibition consists of 13 informational posters that cover all the basic facts and information one needs regarding strokes. The information provided follows the flow right from what the brain is to what a stroke is to stroke symptoms, diagnosis, treatment, rehabilitation, and prevention. The exhibition also provides additional information on strokes regarding neurosonology and the role of neurosurgery in the diagnosis and treatment of strokes.

The posters supply information in both English and Kannada, in order to have a larger effect on the overall population of Bengaluru. The final poster demands a call-to-action, requiring each and every audience member to take a pledge to create and spread stroke awareness.

The exhibition was previously displayed at Mindtree in the Global Village Tech Park, where it remained until November 30th. It was then moved to Bosch at Bidadi, where it will be displayed until December 7.

Previously, the exhibition was also displayed at BGS Gleneagles Global Hospitals, Kengeri and Lalbagh gate. The exhibition was open to employees of Mindtree, but the exhibition at Kengeri and Lalbagh was open to the general public, helping Gleneagles Global Hospitals edge closer to its mission of spreading awareness to 15,000 residents of the city. Volunteers were present at the event to guide the audience and help them understand the information from the posters.

As per Dr Suryanarayana Sharma, “Stroke is the 3rd leading cause of death worldwide, and has been declared a global emergency. Every year, hospitals and medical organization take initiatives around the world take steps to promote stroke awareness on 29th October, which is World Stroke Day. BGS Gleneagles Global Hospitals, which has been a stroke-ready and stroke-conscious hospital for over a decade now, had also hosted a 10k run and a 3 km walkathon to promote stroke awareness in the city, in addition to organizing this exhibition.”

Thomas Mathew, COO, Gleneagles Global Hospitals, Bengaluru adds “Gleneagles Global Hospitals has been very active in tackling the problem of strokes within the Bengaluru community. The hospital has its own stroke survivor group, which helps stroke survivors cope with their post-treatment phase, and aims at avoiding further recurrences of the same. Due to increased stress levels and sedentary lifestyles, strokes have been on the rise. We hope to reach out to all the citizens of the city, especially the younger generations through this exhibition in order to take active steps in avoiding new diagnoses of this ailment. It is our consistent approach to increase awareness on issues faced by our communities so that we can effectively manage this calamity.”