The device can inactivate a number of pathogens 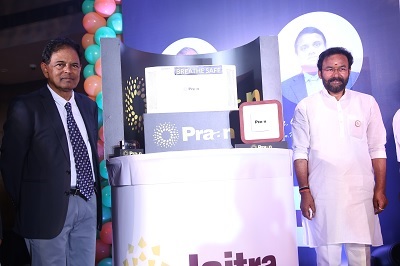 The device was unveiled by Kishan Reddy, Union Minister of Tourism, Culture and Development of the North Eastern Region of India, who graced the occasion as chief guest at an event in Hyderabad.