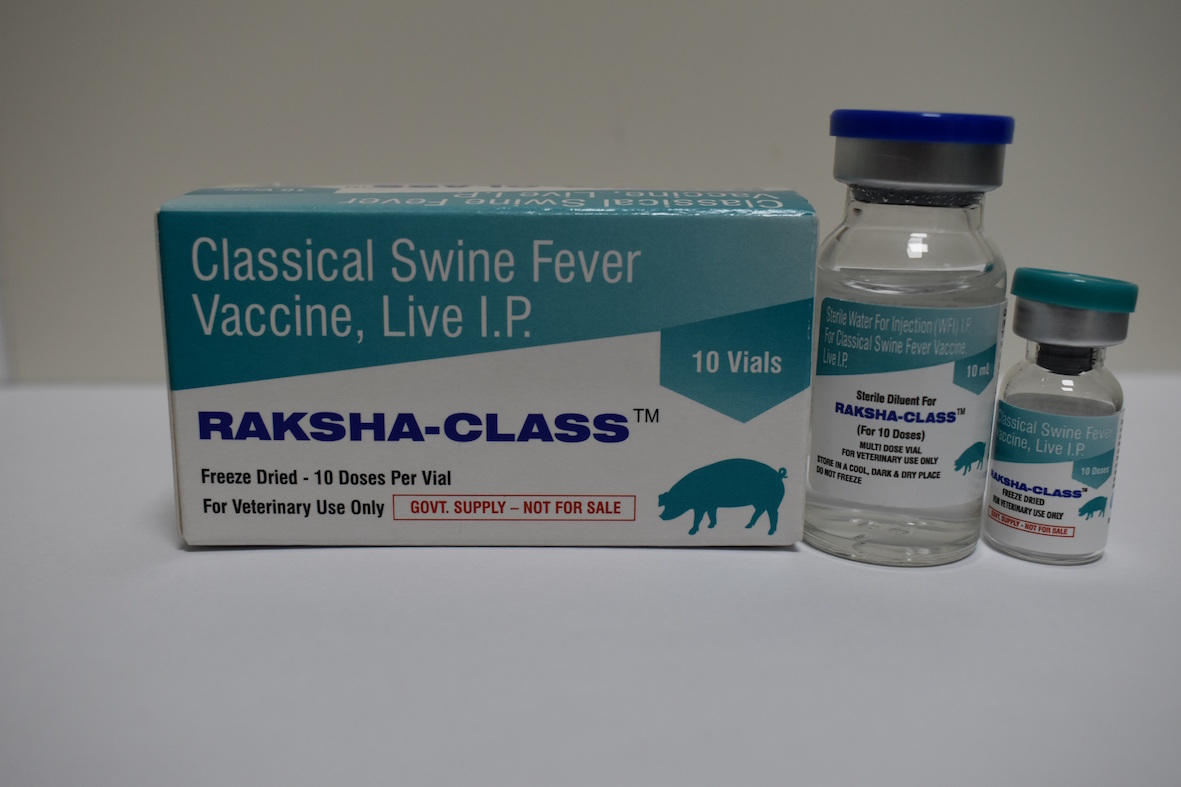 Hyderabad based Indian Immunologicals Limited (IIL), a leading veterinary and human vaccines manufacturing company, today announced the launch of the Classical Swine Fever (CSF) vaccine under the  brand name – ‘Raksha Class’- into the market. This unique cell culture technology-based vaccine has been developed in collaboration with the Indian Veterinary Research Institute (IVRI), Bareilly.

The Classical Swine Fever (CSF) is a highly contagious viral disease of pigs caused by an RNA virus. This disease has a high fatality rate and therefore, pig growers face serious economic problems with the loss of the herd. The Raksha Class vaccine is a live attenuated vaccine and has been tested for safety, sterility, and potency. The field trials for the vaccine were conducted at Bengaluru and Hyderabad Veterinary colleges. Raksha Class offers distinct advantages in terms of safety and can be scaled up in cell cultures to meet entire country’s requirements. The current requirement is about 22 million doses and the supply is less than a million doses.

The current vaccines manufactured by a few state biologicals depend on the rabbits for vaccine production, where consistency in yields, virus titres, safety and efficacy might not be achieved to the desired levels. IIL’s manufacturing facilities can make several million doses of the vaccine.

Speaking on the occasion, Dr K Anand Kumar, Managing Director, Indian Immunologicals Limited said, “The Classical Swine Fever is one of the major diseases of pigs in India. It causes a loss of about Rs. 400 crores per annum in India. The disease has led to a decrease of pig population in the country. With the launch of Raksha Class, we can ensure that the pig population in India can be increased and hence, the growers will be immensely benefited economically”.

Elaborating the pig farming in the country, Dr Prasanna Deshpande, Dy. Managing Director, Indian Immunologicals Limited said, “The current pig population in India is estimated to be around 9 million. More than 50% of these piggery units are concentrated in North east region of the country.  Classical Swine Fever is prevalent in almost all the states where this pig population exists. Raksha Class will address the country’s requirements and offer the vaccine at an affordable cost to the growers in India”.

Indian Immunologicals Limited was also the first company in the world to launch a vaccine for porcine cysticercosis – Cysvax – which targets a major parasitic disease that causes approximately 40% of epilepsy in humans in the developing world.