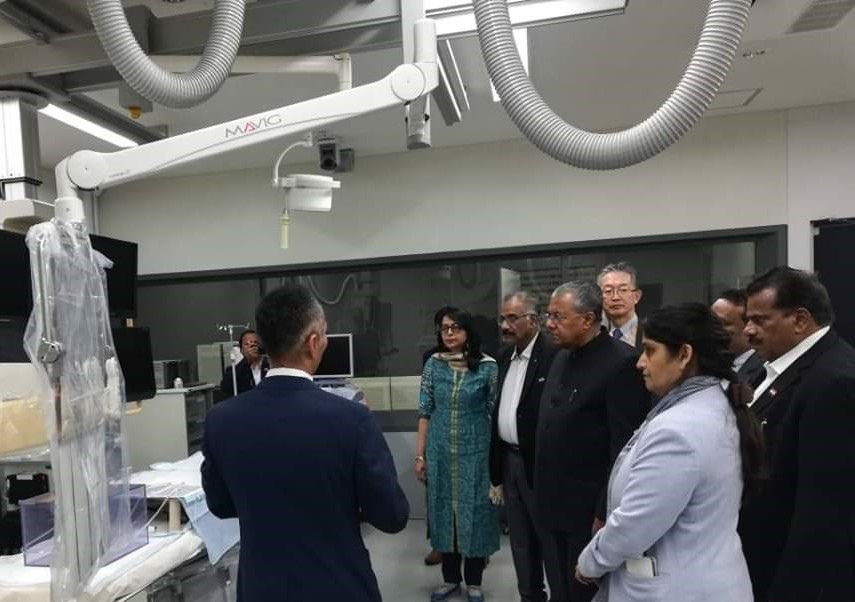 Terumo Pranex Centre is a training facility that recreates the functions of actual hospitals and helps in training of medical professionals. It trains medical professional in specialized knowledge and skills while nurturing their situational judgment capabilities, leadership and communication skills, along with other non-technical skills.

P Vijayan said, “I am happy to learn about activities and facilities of Pranex, as training is an essential pillar for development and improvement of the skill set of medical practitioners.”

The Chief Minister also invited Terumo Corporation, to invest in the Life Sciences Park in Kerala and partner with the state in establishing a Skill Centre for training health care professionals. He assured that the Government will provide the infrastructure necessary to house the center. This would be advantageous for Terumo, he said, since the company already has a large manufacturing facility and R&D centre in Thiruvananthapuram which has grown firmly over the past 20 years.

Developing a pranex centre in the country will be beneficial in developing the skill set of medical practitioners in India and eventually will help in attaining the Prime Minister’s vision of Healthy India under Ayushman Bharat. Moreover, Kerala had emerged as the top-ranking state in terms of overall health performance, according to second health index launched by NITI Aayog in 2019; hence the value addition to the Indian health sector can be immense once the centre becomes operational.

Chandrasekhar Padmakumar, Chairman of Terumo Penpol mentioned, “It is an honour for Terumo to host the Chief Minister of Kerala and showcase the Pranex Centre in Japan; the state government have been very supportive over the years  in our journey and we are thankful to him for extending his support in developing a Pranex centre in Kerala. The visit to the Pranex Centre helped the delegation led by the CM have a firsthand experience of how medical professionals can acquire a wider range of more specialized knowledge and non-technical skills like situational judgment capabilities, leadership, communication skills, and teamwork.”