Out of 860 nominations, Cadila was chosen for two awards 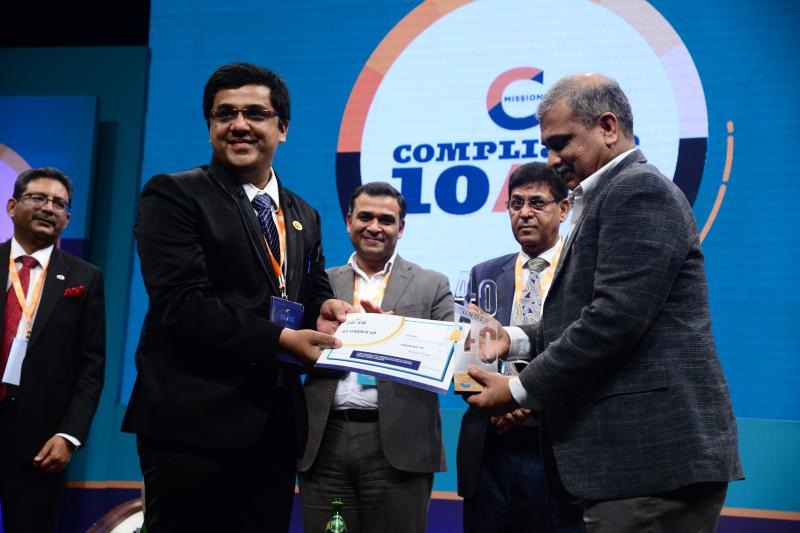 The leadership team at Cadila bagged two awards on October 10, at an event hosted by Legasis group. The award ceremony honored the companies which consistently meet compliance requirements in their respective industries. Cadila Pharmaceuticals’ B.V. Suresh and Rohan Parikh were awarded for their efforts and compliance excellence.

Out of 860 nominations, Cadila was chosen for two awards. B. V. Suresh was awarded the Compliance Evangelist award, an award for recognizing department heads for evangelizing the culture of compliance in their organization. Rohan Parikh was awarded the Compliance 40 under 40, an award recognizing young compliance professionals (under age 40) that have made a significant impact on their profession in achieving corporate compliances.

The jury finalized the winners based on parameters such as level of compliance in the company, timely compliances, efforts taken by the nominated person in achieving corporate compliance and cultural drive or change brought in the company for adhering compliance.

“It is an honour to be the recipient of this award. We at Cadila, make it our priority to follow various guidelines and compliance to ensure the best quality of products and employees’ safety. Getting recognized for our hard work acts as a great motivator.” Shared Mr. B.V. Suresh, President, External Relations.

This recognition comes recently after Cadila Pharmaceuticals won multiple awards at TISS LeapVault Summit and awards for its learning and development initiatives and the ObserveNow Future of Workplace Award for their employee-friendly futuristic workplace. Cadila was also awarded the Brand Leadership Award and Best Employer Brand Award by CMO ASIA, the Best Warehouse Workforce Award, and WorldStar Packaging Award.

Cadila Pharmaceuticals Ltd. is one of the largest privately-held pharmaceutical companies. Over the past six decades, we have been developing and manufacturing affordable medicines for patients around the world. Its innovation-led drug discovery processes ensure the health and well-being of people around the world. Being a care-focused, research-driven company, we are committed to complying with the highest ethical standard in clinical research and medical practice.