FluQuadri will be India’s first quadrivalent vaccine that will provide broader protection against all four strains of influenza viruses. 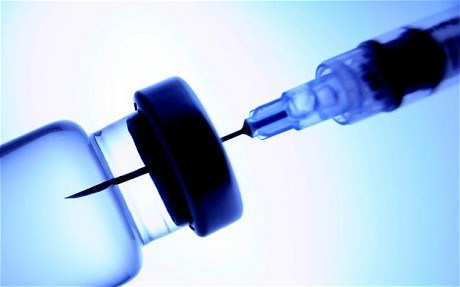 Sanofi Pasteur, the vaccine division of Sanofi, recently announced the launch of its 4-strain influenza vaccine FluQuadri® in India. FluQuadri® will be India’s first quadrivalent vaccine to provide broader protection against influenza to population above 3 years of age.

Dr. Vijay Yewale, Director & Consultant Pediatrician, Dr.Yewale’s Multispecialty Hospital, Navi Mumbai; and Head, ICH, Apollo Hospitals, Navi Mumbai said, “There are 2 different subtypes of influenza type B causing disease in human. The vaccine available until now includes only one of the influence B subtypes and thus protects against only against the one included in the vaccine. The influenza vaccine is freshly prepared twice in a year and influenza viruses types, both A and B are included in the vaccine based on the scientific prediction made about the types likely to circulate in the year. In the decade between 2000 and 2010, 50 % of the times in Europe and USA the disease causing B subtype in circulation was different from the one included in the vaccine. This would leave vaccinated individuals unprotected against the subtype that’s not included in the vaccine. A quadrivalent vaccine offers protection against all four subtypes – two Influenza B and the two Influenza A subtypes. This protects them against all the circulating subtypes.”

India has also seen circulation of type B influenza strains. The IDSP (Integrated Disease Surveillance Program) annual report 2017 stated that in the wake of high number of influenza deaths and cases in Gujarat, an expert committee noted that one of the main reasons of flu epidemic in Gujrat was that during last year, the H3N2 and B subtypes of influenza virus were circulating, but not H1N1, leading to a build-up of the susceptible population. As a result, the committee has suggested that in future, in all IEC (Information Education Communication) material the words “swine flu” to be replaced by the words “seasonal flu” and all references to H1N1 be omitted. In another instance, a surveillance project for acute febrile illnesses, anchored at the Manipal Centre for Virus Research in Karnataka, found that influenza accounts for nearly 20% of fevers across rural areas in 10 Indian States and during the years when the H1N1 burden is low in these regions, H3N2 and Influenza B circulation tends to spike.

“Sanofi Pasteur remains at the forefront of innovation to fight the underestimated burden of influenza. Our 60+ years of expertise in influenza prevention inspires us to pursue better vaccine solutions to combat the burden of the disease. We are proud to bring this innovation to India, which has seen quite a few influenza epidemics in the past decade. By making FluQuadri® available to the Indian population, we aim to provide broader protection for people 3 years of age and older against this severe disease and its potentially life-threatening complications”, said Jean-Pierre Baylet, Country Head – Sanofi Pasteur South Asia.