The biomarker, mid-regional proadrenomedullin (MR-proADM), was found to add significant clinical value in identifying the likelihood of further disease progression 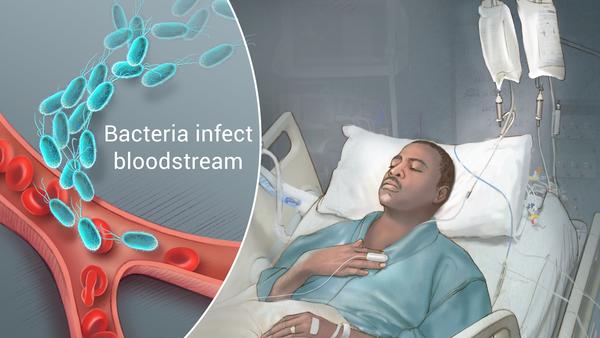 A new analysis of 1089 patients with sepsis and septic shock across 33 German Intensive Care Units was recently published in Critical Care by SepNet Critical Care Trials Group in collaboration with Thermo Fisher.

The biomarker, mid-regional proadrenomedullin (MR-proADM), was found to add significant clinical value in identifying the likelihood of further disease progression, the earlier escalation of therapy in patients at risk of treatment failure, and the subsequent de-escalation of treatment and early discharge of low risk patients.

Increased levels of Adrenomedullin (ADM) are generated in disease conditions in order to stabilize the microcirculation and protect against vascular permeability.

However, the reliable measurement of ADM is complicated by its short half-life and rapid degradation.

The stable fragment of the peptide, MR-proADM, allows the accurate quantification of incremental changes over the course of therapy.

Recent evidence highlights the use of MR-proADM as a highly sensitive biomarker to assess disease severity in patients with sepsis with concentrations rapidly induced in the initial stages of sepsis development following burns and neurological disorders, as well as in response to invasive fungal infections in septic shock patients.