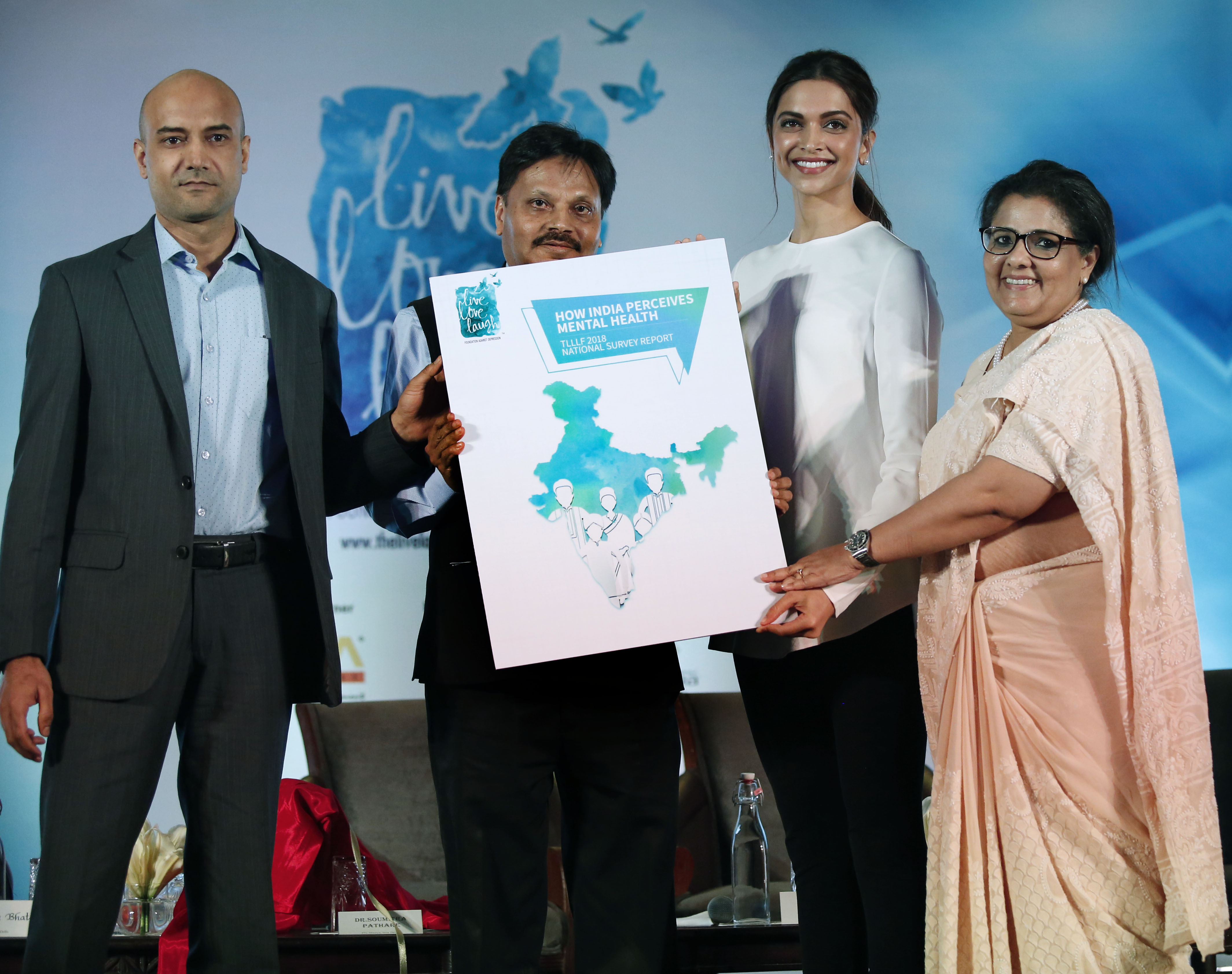 The study has revealed three broad segments of people based on their attitudes towards mental illness:

The findings illustrate the often ignored, but, critical role of stigma-reduction programmes in addressing mental health.

TLLLF 2018 National Survey Report: ‘How India Perceives Mental Health,’ is the result of a five-month research project commissioned in July 2017 by TLLLF that covered 3,556 respondents across eight Indian cities.

Speaking at the launch, Deepika Padukone, Founder, TLLLF said, “This research initiative is part of our ongoing efforts to build a better understanding about mental health in our country.Our research shows that only over a quarter of the respondents are willing to be supportive in many aspects, while the remaining are either judgmental or fearful of those affected with mental illness. This is an extremely unfortunate situation for us to be in. It is absolutely critical that we as a society work together towards increasing awareness, reducing stigma and normalizing the need to seek support for mental illness."

Anna Chandy, Chairperson – The Board of Trustees at TLLLF, said: “Traditionally and historically, India is a collectivistic society, now slowly moving towards a more individualistic one. This transition is evident in the data presented in the report. In larger cities, we see a more dramatic shift towards individualism, possibly due to an increase in the amount of access to information and migrant need for survival. However, smaller cities like Kanpur and Patna seem to retain some of their collectivistic roots, and are moving towards an individualistic society at a slower pace."

Noting that mental health had to be looked at holistically, she said, “Focussing both on decreasing stigma and increasing awareness is the key. By inculcating collectivist practices into our more individualistic lifestyles we can shape the conversation to build an inclusive society to a) provide support to people with mental illness; and b) Increase India’s awareness about mental health concerns."