Panacea Biotech and Serum team up for six-in-one vaccine

In the next two years, both companies will work together to get this vaccine introduced in the National Immunisation Programme 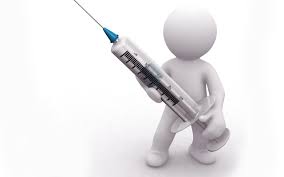 Under the collaboration, Serum will be allowed to make and sell fully liquid Whole cell Pertussis (wP) and Salk-based Injectable Polio Vaccine (IPV) based Hexavalent vaccine (DTwP-HepB-Hib-IPV) developed and commercialised by Panacea Biotec.

It is the first fully liquid wP-IPV-based hexavalent vaccine in the world.

Serum Institute will ensure supply of IPV bulk to Panacea Biotec, an important constituent of the hexavalent vaccine, from its wholly-owned subsidiary Bilthovan Biologicals B V (BBIO).

Bilthovan is a bioengineering and Pharmaceutical company registered in the Netherlands; BBIO has the technology to make the IPV, earlier possessed by only three other vaccine manufacturers in the world.

In the next two years, both companies will work together to get this vaccine introduced in the National Immunisation Programme of the government and developing countries by working closely with key stakeholders.