Cellectis said it is working with clinical trial investigators and the FDA to resume the trials with an amended trial protocol that includes a lower dose of UCART123. 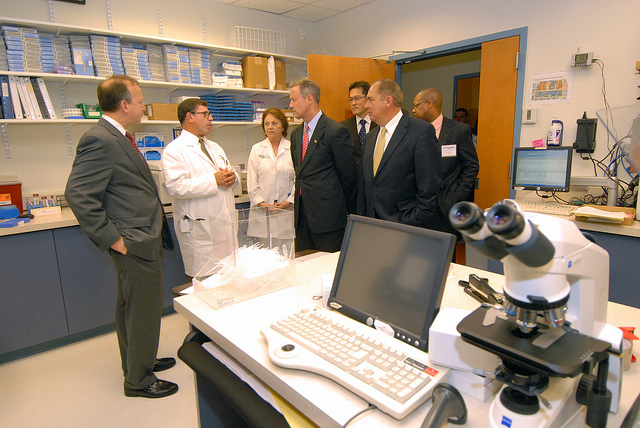 French biotech firm Cellectis has revealed that the Food and Drug Administration has put a clinical hold on two of its clinical trials for its gene-edited allogeneic CAR-T therapy following a patient death. The
hold applies to two Phase 1 studies of UCART123, one in acute myeloid leukemia (AML) and the other in blastic plasmacytoid dendritic cell neoplasm (BPDCN). Only one patient has been treated in each study.

The death occurred in the first patient treated in the BPDCN trial, a 78-year- old man treated with one prior therapy. He received 30mg/m2/day fludarabine for four days and 1g/m2/day cyclophosphamide
for three days as a preconditioning regimen. On Aug. 16, he received 6.25x105 UCART123 cells per kilogram.

Her complications were resolved with treatment, reported BioPharmaDive. CRS is a complication known to occur with anti-T cell antibody infusions.

Cellectis said it is working with clinical trial investigators and the FDA to resume the trials with an amended trial protocol that includes a lower dose of UCART123. Competitor Juno Therapeutics halted, and eventually discontinued, its lead program after multiple
deaths in its CAR-T clinical trials.

Juno attributed the deaths to the interaction between the pre-conditioning chemo regimen —
consisting of fludarabine and cyclophosphamide — and the CAR-T cells reinfused back into the patient.

Cellectis and Juno have fallen behind other CAR-T developers. Last week was a landmark time for the new technology: Novartis AG garnered the first FDA approval for its therapy, while Kite Pharma, Inc.
announced it will be acquired by Gilead Sciences, Inc. for $11.9 billion.
The other CAR-T manufacturers haven’t been without safety concerns of their own. Kite also reported patient deaths in one of its trials.