'A one stop shop for customers'

'A one stop shop for customers' 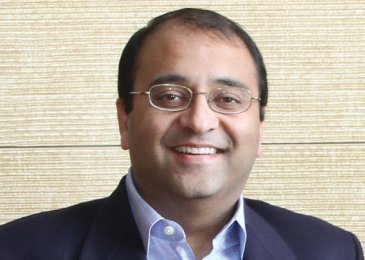 Q: How would you describe Fisher Scientific' offerings in the Indian market?
Mr Amit Agarwal: About seven years back, we bought a business called Qualigen, from GlaxoSmithKline, and that's how Fisher Scientific came into being. It was a primarily a chemicals company. Using that as a platform, we tried to reach out to different verticals that we focus on pharmaceuticals, life sciences, biotechnology, government and academic labs, over a period of time to the same customers. Since we are a part of Thermo Fisher Scientific, we sell their products along with those of other brands like Corning, LabConco, BD, and IKA. We also have a small healthcare business that is focusing on healthcare products for small labs. Additionally, we cater to industrial manufacturing units in food and agriculture, but that is not our focus area.

Q: What verticals does this include?
It includes instruments, chemicals, reagents, glassware, and consumables. Basically, we supply all the things present in a research laboratory. Globally, Fisher Scientific is known as "one stop shop" for everything a researcher would need. In terms of government and private, 25 percent is driven by government funding and the rest is from private sources. Small, medium big biotechs, pharma companies, private hospitals and pathology labs come in the latter class.

Our value proposition is choice and convenience. We would like the customer to first consider the Thermo Scientific product, but in case they would prefer some other brand, we would offer that product as well. Retaining the customer and building a relationship is important to us. We are selling other things over a period of time as well, so we offer them products as per their needs.

Q: Do you see any particular trend in the supplier industry?
Over the last couple of years, sales of equipment and instruments has slowed down. What we are seeing is that, consumables in life sciences and biotech products, is showing a healthy growth. From a segment perspective, despite the economic slowdown, the pharmaceutical and life science segment is growing at 8-10 percent and is pretty strong. Its a mixed bag, some products are seeing the impact of the slowdown, whereas others are growing strong.

Q: What is your outlook for the next year?
There is a hope that things will improve, with the 12th Five Year Plan and its allocations for the life science industries. We haven't seen it yet. But we expect that may be in the latter half of 2013, government grants would start coming in and things will change. The depreciation of rupee was a big concern about six months back, but that issue is no longer there. Profitability has not been a major concern, but rather the major concern has been slowdown for demand of capital equipment in life sciences. I think that the first half of this year should be better than the latter half of last year and things would improve even more down the line.

Q: What are the challenges that you face?
There are two things. One is infrastructure. When we want to ship out products to customers, I have observed that the capability that service providers have in the US is lacking in India, partly because of the infrastructure issues in India. The other is again tied to the infrastructure issue, that it is difficult to reach out to customers in remote areas. Once you get into tier 2 and tier 3 cities, it starts getting tough, and you need to rely on distributors. Sometimes customers want to deal directly with the company; in situations like that, it gets challenging. We are now trying to improve our existing supply chain setups as well.

Q: What kind of pattern have you seen with tier 2 and tier 3 cities?
Things are definitely picking up in this regard. There is more focus on development of such cities, and part of it is engaged in developing research institutes in smaller places and towns. Also a lot of pharmaceutical plants are now opening in smaller cities, which offer more space and tax breaks. The customers are moving to these locations. For us to grow, we have to have a focus on tier 2 and tier3 cities as well.

Q: What do you think differentiates Fisher Scientific from other competitors in the market?
I think it all boils down to the fact that we are a one stop shop. Its not just different types of products but also different brands. We make it very easy for the customer to work with us. In one purchase order, a customer can buy everything , which dramatically improves the way we can transact and all of it can come in one shipment. And this is our value proposition across the globe. Speaking of the entire group, there is no other company that has more self manufactured products and distribution channels.

Q: What are the plans for Unity Lab Services?
We have plans to introduce Unity Lab Services soon in India too. We are focusing on putting together a service portfolio in India. We have the capability and we are trying to build on it. Some of these services we have already been offering to customers in India, just not under this particular brand name. We are trying to put it all together. That may happen this or next year.