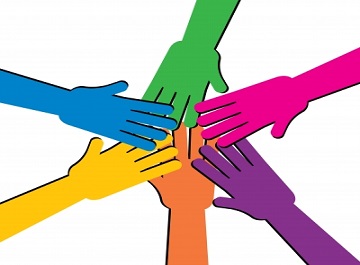 The Drugs for Neglected Diseases initiative (DNDi) and four pharmaceutical firms, Eisai, Shionogi, Takeda Pharmaceutical, and AstraZeneca have announced the start of a ground-breaking initiative to accelerate and cut the cost of early stage drug discovery for two of the world's most neglected diseases, leishmaniasis and Chagas disease.

The 'Neglected Tropical Diseases Drug Discovery Booster' consortium, through a carefully engineered modus operandi, will circumvent early stage commercial barriers between the four pharmaceutical participants, allowing DNDi, for the first time, to search millions of unique compounds simultaneously, in the hunt for new treatment leads for leishmaniasis and Chagas disease.

'This experimental approach to radically modernize drug development for neglected diseases is the result of a decade of growing partnerships with pharmaceutical companies. This experiment could significantly reduce the time and money it takes to find new, promising treatment leads, and echoes the great potential of innovative research and development collaborations,' said Dr Bernard PÃ©coul, executive director of DNDi.

The innovation of the Drug Discovery Booster not only lies in the multilateral approach, but also in the iterative nature of the search, meaning companies will continually examine their libraries for better matches as the search is refined. The Drug Discovery Booster has the potential to cut up to two years from the early drug discovery process, which takes approximately five years or more, and improve cost-efficiency across research activities.

The new process starts with DNDi providing all four companies with a common chemical starting point, the 'seed' compound. This compound will have shown promising results against Leishmania or Trypanosoma cruzi, the parasites that cause leishmaniasis and Chagas disease, but may not yet be optimal for use as a future treatment. The four companies will then search their own full collections of high-quality chemical compounds for similar and potentially better molecules, and will select and send the most promising to DNDi, which will then have them screened for potential effectiveness against these two deadly parasitic diseases. The aim is to continually improve the effectiveness of the compounds.

DNDi will then select the best 'hits' for further testing. This process will be repeated up to three times, with each new iteration or round starting from an improved seed compound identified from within one of the four partner's collections and shared with all. The initial project goal is to explore the consortium's compound libraries for at least four promising seed compounds for each disease. It is expected that at least two of the resulting novel series of compounds will move to the next stage of development towards a new medicine.

Any progress or successful new treatment for leishmaniasis or Chagas disease resulting from the Drug Discovery Booster will be attributed to the collective effort of all partners, which have also agreed that no intellectual property barriers will be imposed to a new treatment if successful.

The GHIT Fund, launched in 2013, stimulates and supports such international global health research and development partnerships. Through a grant of approx. $ 701,284 (EUR 640,000 or 79.5 million Japanese Yen) provided to DNDi, GHIT will support the involvement of the three Japanese companies in this project. The remainder of the project, including the involvement of AstraZeneca, is being supported by DNDi core funds.

'The Drug Discovery Booster could be a game-changing milestone in the fight against diseases that destroy the health and livelihoods of the world's poorest. Industry's innovative leadership for the most neglected of the neglected diseases will be essential to accelerate progress toward creating life-saving medicines, and GHIT is proud to support the important contribution of Japanese pharmaceutical companies to make this possible,' said Dr BT Slingsby, GHIT Fund CEO.