University of Sheffield has collaborated with LV Prasad Eye Institute, Hyderabad, to help prevent eye infections in the country 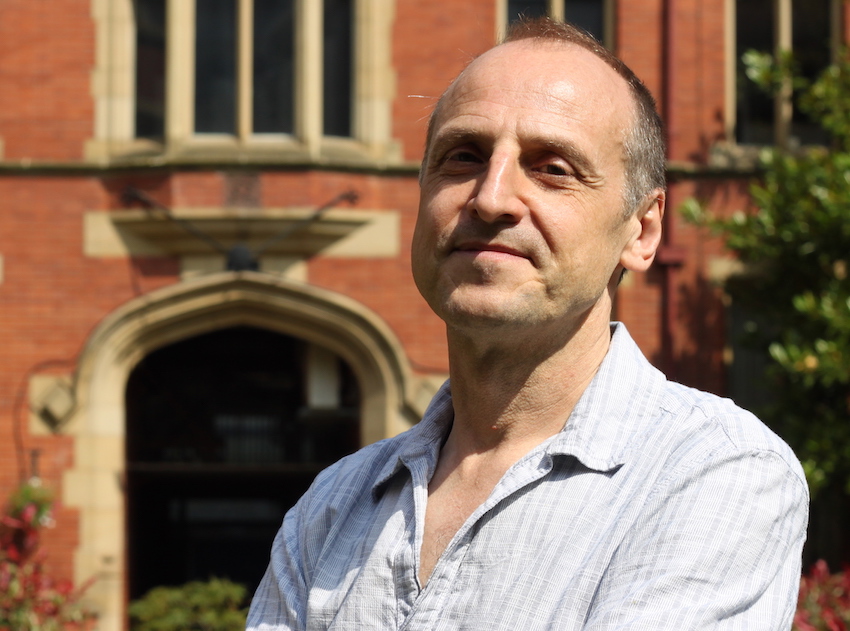 In some developing countries, eye infections pose a significant threat resulting in vision impairment or even blindness. Currently, around 285 million people globally are visually impaired and seven million people lose their eyesight each year. Over 90 per cent of people affected are from developing countries.
A new laboratory model that can be used to test treatments for preventing and curing eye infections caused by fungi, bacteria and viruses, while also reducing the number of animals used in medical research, has been developed by researchers at the University of Sheffield in the UK.
In addition, University of Sheffield has collaborated with LV Prasad Eye Institute, Hyderabad, to help prevent eye infections in the country.
In order to find out more about this exciting research, BioSpectrum got in touch with Professor Peter Monk , Department of Infection, Immunity and Cardiovascular Disease, University of Sheffield, UK.
Edited excerpts-
How are you planning to tackle the growth of eye infections in the developing world?
Eye infections (e.g. microbial keratitis) are a ‘silent epidemic’ that affect over 800 000 people every year in India alone. A lack of access to ophthalmology clinics and microbiology laboratories leads to delayed or inappropriate treatment. If not properly diagnosed and treated, ulceration and permanent loss of visual acuity is a frequent outcome, with the surgical removal of the eye often necessary to prevent sepsis. Our solution is to provide a treatment that can act prophylactically after corneal damage, with a broad-spectrum activity that reduces the need for microbiology. We are developing this treatment to be inexpensive and stable, allowing it to be available in remote settings and to be usable without expert clinical skills.

What are the major factors contributing to the prevalence of eye infections in India?
A common cause of keratitis is a mild eye injury, often acquired during agricultural or other manual labour, which breaches the natural epithelial barrier of the cornea. Pathogenic bacteria and fungi colonise the wound but a lack of microbiological diagnostics results in mistreatment of the infection, a problem compounded by increasing rates of antimicrobial resistance. Those living in rural areas (68% of the Indian population) in particular can lack access to adequate medical facilities and slum dwellers (24% of the urban population) often delay treatment for financial reasons. Resistance to commonly used antibiotics is rising rapidly worldwide but is a more serious problem in India due to their excessive use (India recorded the highest antibiotic use amongst all nations in 2010); multidrug resistant bacterial keratitis is becoming more common and so simple monotherapies are of declining importance.

Please share more details about your work with the LV Prasad eye institute?
LV Prasad Eye Institute (LVPEI) is a world-renowned healthcare system dedicated to the treatment of eye diseases that provides eye care to over 10 crore people in Telangana and neighbouring states. The services range from advanced research, eye banking and corneal transplantation at the tertiary centre in Hyderabad, through secondary hospitals and local clinics to a network of village level ‘eye guardians’ that monitor eye conditions amongst their neighbours. LVPEI have partnered with the University of Sheffield to develop a new treatment, testing on human tissues and running an in vivo study. They have been involved from the early stages in designing a treatment that will be effective in India and will continue to be involved through a clinical trial.

Would a new treatment for eye infections be available through your research in India? If so, by when?
Our proposed new treatment is based on research work that has been in progress for several years at the University of Sheffield. It is based on the concept of preventing microbes adhering to the epithelial surfaces that are the ‘front-line’ against infection but with the novel idea of targeting host cell membranes rather than the microbes themselves. By modifying the host, there will be a much reduced selective pressure on microbes and therefore little chance of antimicrobial resistance. To achieve this, Dr Esther Karunakaran and Prof Pete Monk established a new suite of laboratories to combine microbiology and human cell biology to grow tissues that could subsequently be infected over quite long periods of time. This allows the establishment of a microbial biofilm on the tissues; these biofilms are often found in patients and are structures that are naturally highly resistant to antibiotics. This facility, the Sheffield Centre for Antimicrobial Resistance and Biofilms (SCARAB) undertakes academic and commercial research and has dedicated equipment for the study of tissue biofilms, such as a Bioflux that allows biofilm investigations under flow conditions (mimicking, for example, the shear forces generated in the eye during blinking). In SCARAB, a porcine cornea infection model has been developed by Kasia Okurowska, using material from food production. Biofilms have been successfully established and antimicrobial treatments are now routinely tested in this model.  We are currently testing our treatment on human corneas at LVPEI (using tissue found to be unsuitable for transplant) and our preliminary results show that it protects against infection. An in vivo safety and efficacy study is next and we expect to get the first results from this in the next few months. Our aim will then be to conduct a first-in-human trial with LVPEI in 2022.

What are your views on the adoption of non-animal based models for research purposes?

Clearly, any treatment designed for humans needs to be tested in humans and, if this can be done at an early stage, we can significantly lower the chances of a drug failing later. We have used a human 3D reconstructed skin model in SCARAB to test new compounds, in collaboration with Dr Jayanta Haldar at the Jawaharlal Nehru Centre for Advanced Scientific Research in Bengaluru  and showed that the compounds were equally effective in the human tissue and in a mouse model. Human oral mucosa and lung epithelial models are also available in Sheffield and we are currently developing a new human skin model that incorporates elements of the immune system. We have received significant funding from the UK National Biofilm Innovation Centre to work with industrial partners on biofilm formation in tissues, providing a unique testing service for new antimicrobial agents that might act on existing biofilms.  According to the data collected in 2017 by the European Commission around 9.39 million of animals were used for research, testing, routine production and education purposes in the European Union. About 69% of these animals were used for research. Since the human corneas are mainly available for transplantation the research carried out by Dr Esther Karunakaran and Researcher Kasia Emery from the Department of Chemical and Biological Engineering used porcine corneas for preliminary investigation. The porcine corneas used in our research come from a food chain and therefore this model follows the principle of the Three Rs, to Replace, Reduce and Refine the use of animals. Porcine cornea model can be used not only to study propagation and progression of bacterial keratitis but also for drug discovery, testing and screening. It helps to eliminate compounds that may be ineffective or toxic early during the evaluation process and prevents unnecessary testing on animals.