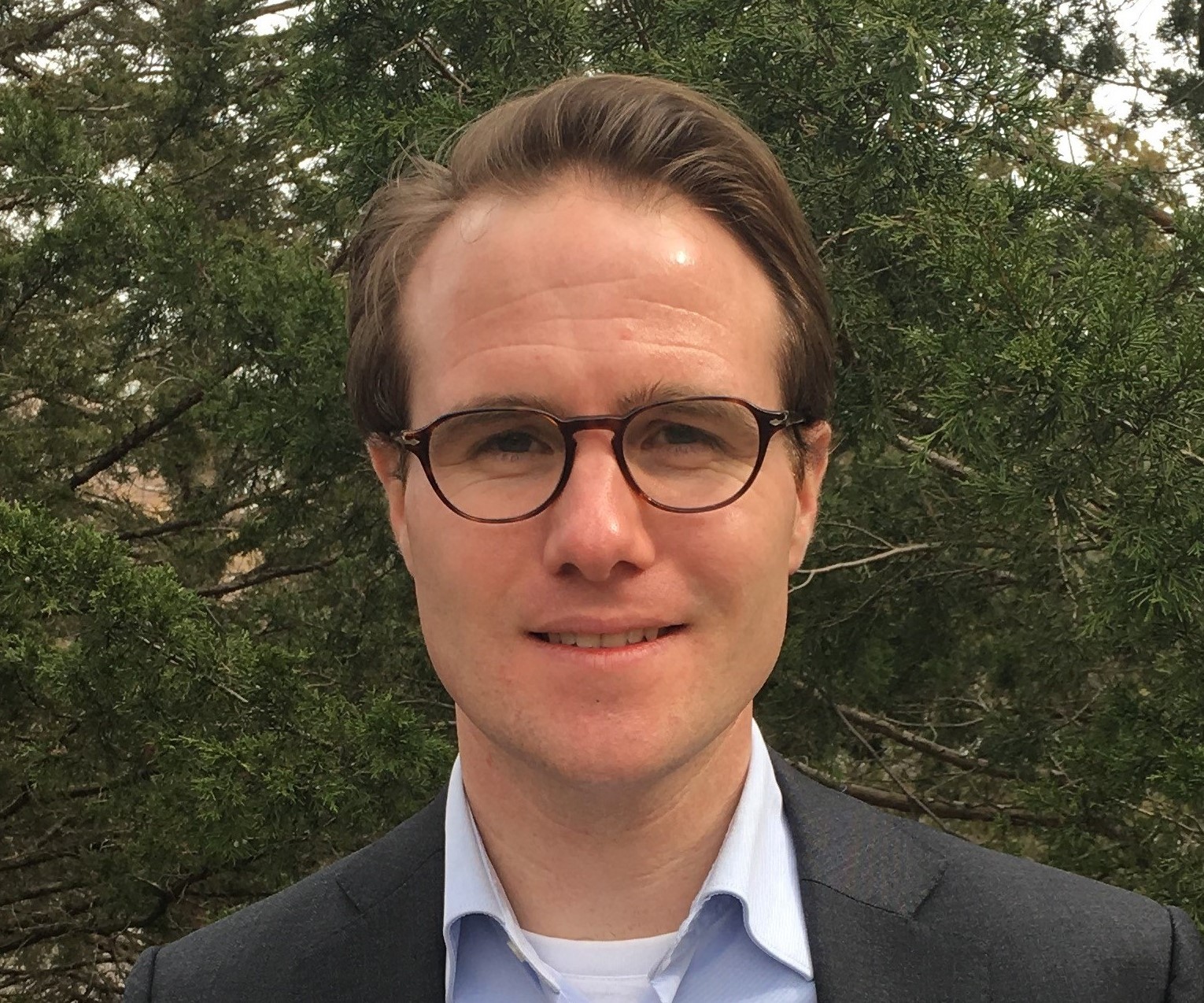 The Kerala Antimicrobial Resistance Strategic Action Plan (KARSAP) was recently launched in India. Your views on the same?

It is commendable that Kerala is the first state in India to implement a comprehensive action plan to combat Antimicrobial Resistance (AMR). The efforts and the approach followed by the Government of Kerala are highly encouraging and would ideally be a precedence for other states. The state plan was drawn up with multi-sectoral coordination, in alignment with national and global action plans as well as consultations with NGOs and pharmaceutical companies such as ours.

Overall, Kerala’s timely intervention signals the state’s intent to strengthen the focus on public health and AMR, reduce the burden of AMR, and as a result, reduce health expenditure supported by public-private partnership in the area. While pharmaceutical pollution from manufacturing of antibiotics is not necessarily a large problem in states such as Kerala at present, due to limited pharma industry presence, antibiotic pollution through aquaculture, meat product industry and hospital waste is prevalent.

The idea behind the plan is to address these issues and also be future-ready by pre-emptively addressing challenges that may occur as the industrial sector in states expands.  Keeping this in mind the Government of Kerala has already organized workshops on industrial effluent treatment to contain AMR. Kerala is also working with partners such as Centre for Science and Environment to set up an integrated surveillance framework for AMR. The example set by Kerala in all these directions could serve as a good example for other states.

How serious is the threat of drug resistance or resistance to antibiotics globally today?

Antibiotics are the cornerstone of modern healthcare, they cure bacterial infections and enable other lifesaving medical procedures, such as surgery and cancer treatments, saving millions of lives each year. Unfortunately over time resistance against antibiotics develops as natural phenomena. This is however accelerated by the miss- and over use of antibiotics in humans and animals and the release of antibiotic active effluent into the environment, when no adequate waste water treatment is applied by the manufacturing industry.  The global health threat that AMR poses is very serious. The AMR Review (2014) as commissioned by the UK government indicates that today ca. 700.000 people die each year as a consequence of AMR. If we do not act now, this could grow to 10 million deaths by 2050. This would also bring enormous cost to our healthcare systems and society at large with an estimated cumulative global cost to economic output of 100 Trillion USD.

The scoping report on AMR in India (2017) as set up for the Department of Biotechnology shows that India has amongst the highest resistance rates in the world.  Another report by the Centre for Disease Dynamics, Economics and Policy (CDDEP) 2015 on the State of the World’s Antibiotics indicates that 58, 000 new-born babies die each year in India due to drug-resistant infections.  These staggering numbers show that immediate action on all causes of AMR is required.

Kindly tell us something about Sustainable Development Programmes of Centrient Pharmaceuticals? Current updates?

For Centrient Pharmaceuticals, sustainability is an integral part of our everyday business operations, strategic actions and decisions. We are constantly striving to provide high-quality, reliable and sustainable active pharmaceutical ingredients and finished dosage forms through world class good manufacturing practices and compliance, established at all our production sites.

Our efforts to protect the planet are realised through our ECO+ programme, which focuses on developing innovative products and manufacturing processes that have demonstrable ecological benefits when compared to their mainstream alternatives. Our enzymatic production processes bring substantial contributions to the reduction of CO2 emissions and water usage. In addition we have been raising awareness on the subject of AMR since 2014 through our Sustainable Antibiotics Programme. In early 2016, Centrient Pharmaceuticals (then known as DSM Sinochem Pharmaceuticals) along with over 100 companies worldwide signed the Davos Declaration calling for collective action on combatting AMR and creating a sustainable market for antibiotics. We were one of the 13 leading companies to sign the Industry Roadmap on AMR, during the United Nations General Assembly (UNGA) in September 2016, committing to further action to combat AMR. We have been a member of the AMR Industry Alliance, since its inception in May 2017.

The industry alliance has developed and is promoting implementation of standards for responsible production.  We are also a member of the Pharmaceutical Supply Chain Initiative (PSCI), a group of 24 pharmaceutical and healthcare companies who jointly promote responsible supply chain management across the industry. As part of Centrient Pharmaceuticals’ sustainability strategy, we apply the cleanest production technologies at our manufacturing sites, as well as dedicated waste water treatment facilities and apply antibiotics tests to our effluents.  Our ultimate goal is to raise the bar in the industry and to ensure that all antibiotics are produced responsibly, so they remain effective and available today and for generations to come. We call upon all industry players to take responsibility and ensure that antibiotics are produced in a responsible manner.

What exactly is the need of the hour if you talk about AMR?

Antibiotics have saved billions of lives. Now it is our turn to save them. Global and local awareness of AMR has grown over the last years and it will now be important to keep momentum and translate current and new plans into action.

India has been the first country in the world to include the set-up of effluent standards in its national action plan. The Central Pollution Control Board (CPCB) and the Ministry of environment are actively working on finalizing these standards.

Also at an industry level progress is made in this field. The AMR Industry Alliance has recently published science-driven, risk-based targets for discharge concentrations of antibiotics.

The important next step will be the implementation of these standards across the Industry and world to stop irresponsible production practices that contribute to the growth of AMR.

What are the major challenges before the industries and government as far as AMR is concerned and how can the same be addressed?

AMR is a complex issue, no individual person, company, organisation or nation can address this solely on its own. A true multi-sectoral approach is needed. For any Government, a key challenge is to bring all stakeholders together and make AMR a priority when society and public health has numerous focus areas needing attention. In India, an excellent start has been made with the launch of the National Programme on the Containment of Antimicrobial Resistance in 2017 and at the state level, Kerala has shown the way through a sub-national AMR plan. Now other states must take this step forward in coordination with key stakeholders. This is a time-consuming process and has to be addressed with patience, continuous engagement and a consistent approach. There is need for regulations on surveillance and monitoring, sale of over-the-counter drugs, raising public awareness on responsible use, funding research and setting standards for effluents limits to curb industrial pollution.

For the pharmaceutical industry, production of antibiotics is a large responsibility and their life-saving nature must be preserved for current and future generations. This is needed to combat the immense global health threat of AMR and at the same time to support sustainable business in antibiotics and other medicines and medical treatments that depend on antibiotics. As outlined with the Industry Roadmap on AMR, progress in the fight against AMR must be made by ensuring access, appropriate use, development of new antibiotics and reduction of the impact of antibiotics production on the environment. In close cooperation with governments and other key stakeholders we need to make sure these actions are taken across the industry globally.