“We have more than 5 exciting Biosimilar molecules in our pipeline”

A new Clot buster, PEGylated Streptokinase – a Novel Biological Entity (NBE) developed by Dr. Girish Sahni, Director General, Council of Scientific and Industrial Research (CSIR) and Secretary, Department of Scientific and Industrial Research (DSIR) and his team of inventors at CSIR-Institute of Microbial Technology (CSIR-IMTECH), Chandigarh is all set to revolutionize the treatment of ischemic strokes around the globe. 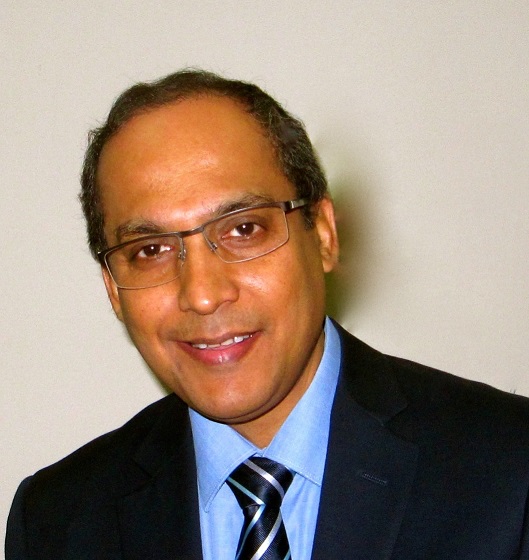 Epygen Biotech has recently announced a partnership with CSIR-IMTECH making it the first company in India with exclusive license of this NBE thrombolytic protein for ischemic strokes. CSIR has transferred the technology to Epygen Biotech that would carry out pre-clinical studies and subsequently clinical trials. Debayan Ghosh, President and Founder, Epygen Biotech spoke to BioSpectrum with regard to this recent development.

How do you plan to take this partnership with CSIR- IMTECH further in order to strengthen industry-academia association?

In my opinion, the academia needs to work closely with the industry for primarily two reasons. First, to produce candidates who will add value to industry with knowledge and training, and second to innovate and improve technologies suitable for the industry. Epygen does not look at the Council of Scientific and Industrial Research (CSIR) as just an academia, but rather as a useful organization that it partners for critical industrial technology research. We see them to have endless potential to undertake high quality research on fundamental and applied biotechnology, especially in areas of fermentation, protein engineering, proteomics, genomics and recombinant work. Currently, we have licensed multiple technologies from this organization, including Novel Biological Entity (NBE) with tremendous potential for stroke and cardiovascular areas, being the second leading cause of death in the world, affecting nearly 15 million people every year. We shall closely work with CSIR to establish and substantiate the uniqueness of this technology, not only in Indian perspective, also in global context. We strongly believe that CSIR-IMTECH has various other technologies which Epygen would like to encourage in the near future.
Epygen definitely has a preference to work with CSIR-IMTECH over private research companies, since we are aware that agencies like the CSIR attracts a pool of smart scientists, capable of delivering stupendous results in this field. They definitely need encouragement from industry to utilize their potential, and we, for one, strongly believe that India needs to nurture this crucial partnership between the industry and research agencies.

What advantage will this new drug offer for the treatment of Ischemic strokes as compared to the existing ones in the market?

According to the American Stroke Association (ASA), brain strokes are the second leading cause of death in the world with a staggering 15 million people effected causing 11 million people either die or become permanently disabled. The prevalence of stroke is much higher in India than the west and about 87 per cent of all the strokes are ischemic strokes.
To put it simply, an Ischemic stroke is the formation of a clot in blood vessels in the brain where the subparts of the brain tissue fails to receive necessary ingredients to continue to live healthily and dies off. Cerebral Ischemia caused cytotoxic intracellular calcium overload and mitochondrial dysfunction triggers the execution of programmed cell death in neurons. The blood–brain barrier (BBB) is a highly selective semipermeable system that separates the circulating blood from the brain and extracellular fluid in the central nervous system (CNS) allowing only the passage of water, gases, amino acids, glucose and hormones that are crucial to neural function. However, it restricts passage of solutes in the blood (e.g., bacteria) and large or hydrophilic molecules. During stroke, one critical event that occurs is the disruption of this blood-brain barrier caused by factors like MMP.

There are primarily two lines of treatments currently used for stroke. One is a medical device which tracks the position of the clot by imaging and retrieves it by mechanical methods. Needless to mention, such advanced equipment are rarely available in most parts of the developing world.

The other one is a thrombolytic treatment currently used for stroke based on Tissue Plasminogen Activator (tPA), namely Alteplase and Tenecteplase. Once injected into the patient, these proteins solubilizes the clot and reinstate blood flow saving the brain tissue from starvation. However tPA’s pleiotropic actions in the brain including activation of MMPs and other molecular pathways increasing tPA neurotoxicity, has a potential to further damage the BBB, and worsen edema and cerebral hemorrhage.

On the other hand, the Novel Biological Entity (NBE) that is being developed for Ischemic Stroke would efficiently solubilize the clot in the brain without triggering any adverse effect on BBB hence without Neurotoxicity.


To read the full interview, please suscribe to BioSpectrum magazine!