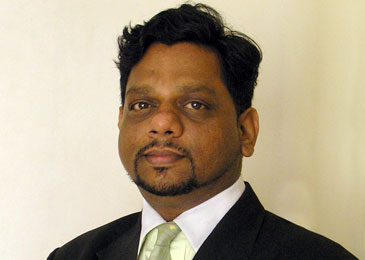 The twentieth century was very typical and traditional. Though newer innovations ranging from penicillin and other drugs, to radio and television occurred within this century, it took a huge lag time for these innovations to penetrate. Especially in a vast country like India, it took further time. The radio took around 2 decades and so did the television. The telephone came in later, but took a good 10 to 15 years to reach households. The late 90s was when the Digital revolution was just initiated in Asia and the biggest thing it brought with it was the speed and pace of changes.

Following the Globalization era in India, the digital revolution was set in the country primarily with the penetration of the PCs earlier and then gathered momentum with the mobile phones, around the first decade of the 21st century. With a population of 1.22 billion people today, India boasts of over 900 million mobile phones in the country - which is the 2nd largest in the world to China, which is 1.20 billion.

India and China combined own almost 1/3rd of the world's mobile phones.

Asia is also picking up on the number of Internet users with 770 million users only in India and China. Newer sources indicate that India shall cross the 250 million by the end of 2014.

With the increasing usage and penetration of smartphones, the internet usage on PCs is on a decline but on the mobile is increasingly on the rise.

Amongst internet users, it is observed that entertainment is the most searched subject, and is, interestingly, followed by health. There are both good sides and bad sides to it. As per the data from DazeInfo, social media usage tops the list as the main internet activity on smart phones. Interestingly, this report also suggests that nearly 16 percent mobile internet users in 35 top cities in India closely follow or use health related applications. What is Digital Health? Simply defined it is using any digital tool, device or technology for augmenting health.

According to Wikipedia: Digital health is the convergence of the digital and genetics revolutions with health and healthcare with the goal of reducing inefficiencies in healthcare delivery, improving access, reducing costs, increasing quality, and making medicine more personalized and precise.

With the cost of Genetic testing coming down and beginning of the era of personalized medicine, things like tracking Body data, usage of wearable devices and mobility will change the course of things in the not too distant future. With the world getting flatter, well connected and more social, the era of digital health has a very bright future.

Let us take the example of the simple eMamta initiative in India. In 2010,the infant mortality rate (IMR) in Gujarat was 48 per 1000 live births. To improve these numbers and reduce the IMR, the Gujarat government implemented the eMamta initiative - a mobile phone based program. Under this program, health workers trained by the National Rural Health Mission (NRHM), collected information on expectant mothers and infants. Based on this info, alerts were used to notify local health workers in each region, who reached out to these mothers to help them understand the plan, and supply them with basic medication as required. The mothers also got sms' about the progress in their term, and this initiative has helped drop the infant mortality rate to 44 per 1000 live births. So initiatives like this, which use an online and offline methodology, can be game changers and are classified under Digital Health. In India specifically, we need to adopt to strategies which would work for us and not blindly copy our western counterparts.

Today, people are really mobile with access to GPS, giving their location and also active on social platforms. So the new community arising out is Social, Local, and Mobile called as the SoLoMo. This throws up various opportunities for healthcare, right from collecting Big Data to behavioral targeting health marketers. mHealth or mobile health initiatives will see a big change in the near future in Asia. Both healthcare and technology companies are teaming up with mobile app developers for developing specific health apps. Areas such as weight loss, fitness, conception, exercise and diet tracker, symptom checkers, baby vaccination etc. enjoy a number of downloads from Apple i-store and Google Play.

The health start-up sector too is booming, especially in India, with various Venture Capital and Seed Fund companies taking key interest in supporting the sector. Entrepreneurship has been on the rise lately and a lot of newer innovations coming out globally will be from the east in the forthcoming years. Not surprisingly the investment in digital health startups has reached $1.97 billion globally in 2013, which is a 39 percent growth from 2012. In India too, Venture Capital companies are investing heavily in this arena.

Some disruptive technologies and early innovations from companies like Biosense, Diabeto etc. showcase a promising future for Indian start-ups. Biosense has launched smartphone based portable diagnostics for checking urine and blood at home, which can also display geographical data for community level surveillance. Their other product ToucHb is a needle free anemia screening tool, which is so very critical with reports predicting anemia to be as high as 75 percent in Indian women.

Diabeto - another start-up, is a Diabetes management device, which helps you collect your data wirelessly into your smartphone app and manage your diabetes more effectively. So over a period of time, the app throws up graphs and trends that could be correlated to lifestyle, discussed with Doctors etc, so that one can manage Diabetes better. With a shift to lifestyle diseases, these start-ups have a lot to offer and change the course of health management.

In Wearable devices too, while Nike Fuel and Adidas miCoach are a rage, some Indian start-ups too are giving additional value for money. One such product is GOQii-which is dedicated to enabling a permanent shift to a healthier lifestyle. It combines advanced wearable technology with the world's leading experts, coaches and karma. GOQii offers a single integrated solution, which is a powerful combination of technology and human connection. Human-centric design is a critical factor within Digital health. One such example is the service support from i-sure ovulation strips. So while the company sells ovulation strips, they went beyond just the product in supporting a woman who found it difficult to conceive. They realized she could not openly talk, discuss her problems and goes through a lot of stress. Putting up a human-centric design they came up with a set of solutions that went beyond the mere website. They offered a live chat service so the woman could chat or speak anonymously, set sms reminders etc. The mobile app offered a calculation calendar that threw up expected ovulation dates, could set reminders and track the months eventually, and all this anonymously on her own mobile - this app now has about 50,000 downloads.

Crowd-sourcing solutions within healthcare, are also increasing. An excellent example is Progeria. Progeria is a rare disease and statistically as of 2009, only 54 children were identified globally. The Progeria Research Foundation (PRF) realized that another 150 children were missing. PRF launched "Find the Other 150" campaign globally for the undiagnosed children with Progeria, so that they too can have access to the unique care they need. In partnership with the GlobalHealthPR group, a worldwide health communications group with offices in the United States, Asia-Pac, Europe and Latin America, using both mass media and digital media, they involved the society to identify these rare children.

So from 54 children, today the count has gone to 103 children in 36 countries. Out of the newly identified cases, 3 of them are from India - an excellent example of communications, crowd-sourcing and usage of new media.

A recent survey done by MediaMedic in India, showed that 90 percent of the specialty HCPs have adapted to smart phones, and are keen to get newer information real-time in their interest areas. These HCPs enjoy easy connectivity that smartphones offer and professionally too exchange pictures, x-rays, images and reports amongst their peers and patients. Social Media too has caught up and will give a big boost to Digital Health. Searching with specific hashtags such as #diabetes, #cancer, #weightloss, #menopause generates a swarm of local information. Patients are forming their own local support groups on various diseases, so that they can share, empathize and learn from each other's experience.

The online encyclopedia, Wikipedia, forms an active part of this social media circle and the popularity of this platform to provide information is humongous. Any medicine, its dosage, side effects, indication, contraindication etc can be easily accessed through this medium and consumers at large are exploring it.

Newer review platforms for patients to share their experience with the doctor and recommend or suggest the service of this particular doctor will redefine healthcare. Such platforms will go a long way in creating an image or perception of the Doctors based on genuine patient feedback. The user-generated content (UGC) will play an amicable role in shaping up Digital Health. This also calls for a set of guidelines that can help shape up Digital Health constructively. In the near future, a lot of user generated content (UGC) will be up, which will influence consumers, patients and caregiver behavior, and it will be interesting to see the evolution in this space.

With the Indian government backing up technology and Universal Healthcare Coverage, it will be an interesting future for the country. The Rashtriya Swasthya Bima Yojana (RSBY) implemented by the government to provide health insurance coverage for Below Poverty Line (BPL) families, is also strongly driven with technology and has now 37 million active smart cards. Also with the ongoing UIDAI project of the Government, whose vision is to empower residents with a unique identity and a digital platform to authenticate anytime, anywhere; it can benefit tremendously when it comes to providing and mapping health.

With these changing times, it is very critical for healthcare, pharma and biotech companies to understand the true meaning of 'Digital' and its related applications. Today these companies who have traditionally been the torch-bearer of health, are struggling to realize the full potential 'Digital' has to offer. In fact, technology companies are threatening this sector in adapting and offering digital health products and services. Hence it is important to shed off the 'traditional mindset', have a clear understanding of Digital and embrace it in the correct way. Let us not forget that times are changing at a rapid pace, and we are indeed fortunate to be a part of the generation shaping up 'Digital Health'.