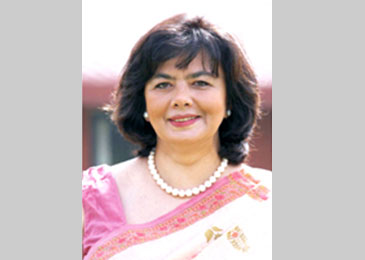 For combating antimicrobial resistance (AMR), the biotech and the biopharmaceutical companies have to innovate better therapeutic tools to fight back the drug resistance. Especially, pharma companies should have new and improved drug pipeline to stay prepared for any outbreaks.

Companies can consider partnering with research-based organizations and other science promoting agencies, and to actively work towards promoting public health awareness, and rational prescription of antibiotics by physicians.

Antimicrobial resistance occurs when microorganisms such as bacteria, viruses, fungi and parasites change in ways that renders the medications ineffective.

'Antimicrobial resistance' is the broader term for resistance in different types of microorganisms, and encompasses resistance to antibacterial, antiviral, antiparasitic and antifungal drugs.

"When microorganisms become resistant to most antimicrobials, they are often referred to as 'superbugs' in nontechnical terms. This is a major concern because a resistant infection can kill, spread to others, and impose huge costs on individuals and society by prolonging the disease and forcing the use of expensive drugs," says Dr Poonam Khetrapal Singh, WHO Regional Director for South-East Asia.

Faulty practices and flawed assumptions have clearly made the inevitable development of drug resistance happen much sooner, rather than later.

For some diseases, like malaria, the options are very limited as currently there are only a single class of effective drugs with which to treat more than 200 million falciparum cases each year.

Although new drugs are under development, especially through the Medicines for Malaria Venture, a public-private partnership, early signals of artemisinin resistance have already been detected.

Developing new antibiotics is an expensive exercise for drug companies. With continued irrational use of antibiotics, new drugs can also become ineffective fast.

With this risk in view, perhaps it is time to develop new business models to encourage investment of new products.

Antimicrobial resistance occurs spontaneously in pathogens but can also be exacerbated by the inappropriate use of medicines, for example, when taking substandard doses or not finishing a prescribed course of treatment.

"Poor surveillance to produce evidence-based treatment guidelines, inability to understand magnitude and trend of resistance, and a diminishing arsenal of tools to diagnose, treat and prevent, also hinder the prevention and control of antimicrobial drug resistance," explains Dr Poonam Singh.

Antibiotic resistance is particularly pressing in developing nations, including India, where the burden of infectious disease is high and healthcare spending is low.

"The bacterial disease burden in India is among the highest in the world. Consequently, antibiotics will play a critical role in limiting morbidity and mortality in the country. Antibiotic use has been increasing steadily in recent years, and policy makers have been regularly briefed about the growing public health concern regarding antimicrobial resistance (AMR), the National Antibiotic Policy and further evolution of AMR surveillance in India," elucidates Dr Nata Menabde, WHO Representative to India.

Several serious steps have been taken in the past to combat AMR. In 2011, India was signatory to the Jaipur Declaration on Antimicrobial Resistance, signed off by Health Ministers of the WHO South-East Asia Region.

An effective response to antimicrobial resistance is possible through treatment policies such as combination therapy, rational prescription, patient adherence, strong regulatory mechanism and educational activities along with an efficient surveillance system.

According to Dr Poonam, WHO has been advocating actions at national level to contain AMR for the last several years.

"Global policy package on AMR was launched by WHO in 2011. To facilitate activities to combat AMR at the country level, the WHO Regional Office for South East Asia has developed a simple and practical strategy that aims to give particular attention to interventions involving the introduction of legislation and policies governing the use of antimicrobial agents, establishing laboratory-based network of surveillance of AMR and ensuring rational use of drugs at all levels of health care setting," comments Dr Poonam.

Currently, WHO is providing technical support in scaling up implementation of the regional strategy on AMR which is also in line with the Jaipur Declaration on AMR.

At this point in time, there is a clear need for concerted action from all concerned. Given the cross-cutting nature and complexity of the problem, it is essential that every stakeholder has clarity about its role in combating this menace both within its own mandate as well as for the issues that have bearing upon activities of other sectors.

Other countries have also paid significant attention to the rising issue of AMR and have agreed to work under WHO's guidance by bringing all stakeholders together to agree on and work towards a coordinated response; strengthening national stewardship and plans to tackle AMR; generating policy guidance, and providing technical support for Member States; and actively encouraging innovation, research and development.

The health ministers of WHO South-East Asia Region committed to combating drug resistance in the Jaipur Declaration. Since then, there has been growing awareness of the need for appropriate tracking of drug resistance, and all countries have agreed to contribute information to a regional database, which is coordinated by WHO.

"It is important to have national alliance and national policy for antimicrobial resistance. A strong regulatory mechanism to make drugs accessible, and ensuring quality drugs, is an important step towards curbing this menace. It is also important to regulate the use of antibiotics in sectors like animal husbandry," opines Dr Poonam.

Countries must build their capacity to generate reliable data on the magnitude and trend of resistance by establishing national networks of laboratory-based surveillance, improving quality of prescriptions and infection prevention and control at health care facilities.

Dr Poonam also emphasizes on educating communities about prescription compliance, risks of self-prescription and awareness of the spread of AMR and its consequences. "Innovations in drugs, diagnostics, infection prevention and control, and treatment are also needed," she says.

Collaboration between human and animal health and agriculture professionals is vital, as the use of antibiotics in food animal production contributes to increased drug resistance.

Approximately half of current antibiotic production is used in agriculture, to promote growth and prevent disease as well as to treat sick animals.

With such massive use, those drug resistant microbes generated in animals can be later transferred to humans.

A Task Force was constituted by the Indian government to recommend measures to address the problem of multi drugs resistance arising out of widespread and indiscriminate use of antimicrobial drugs in the country, and to assess, review and suggest measures on anti-microbial resistance.

The Task Force recommended various steps to rationalize the use of antibiotics in the country.

â€¢ Planning Commission has approved the 12th Five Year Plan, where AMR has been approved as a new programme

â€¢ The WHO Country Office for India recently concluded a review of the National Vector Borne Disease Control Programme (March 2014), with active participation from senior policymakers where concerns of drug resistant malaria were discussed

â€¢ Under the Drugs & Cosmetics Rules, drugs specified under Schedule H and Schedule X are required to be sold by retail on the prescription of a Registered Medical Practitioner only. Recently, a new Schedule H1 has been introduced through Gazette notification GSR 588 (E) dated 30-08-2013, which contain certain 3rd and 4th generation antibiotics, certain habit forming drugs and anti-TB drugs