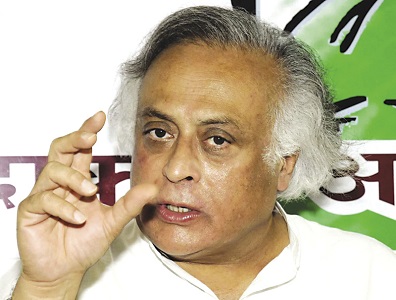 The former federal environment minister, Mr Jairam Ramesh, who now heads the rural development ministry was a villain to the bioagri industry. For he used his ministerial powers and announced a ban on the cultivation of genetically modified brinjal in February 2010, despite the product getting the regulatory approval.

But with General Elections fast approaching in April-May 2014, the minister seems to be turning a new leaf related to biotech. In a widely reported talk in mid-January, Mr Ramesh admitted that the Manmohan Singh government had disappointed the country by failing to set up a modern biotech regulatory agency as envisaged by the Biotechnology Regulatory Authority of India (BRAI) bill now awaiting Parliamentary approval for nearly three years.

"It was unfortunate that in the four years since I passed the moratorium order on Bt brinjal, the government, which I am part of, has not been able to fulfil these milestones. One was to put an independent regulator in place, empower them and pass a law. We do not have it (BRAI) in place," Mr Ramesh said at a recent industry event in Delhi.

"We need GM crops. We need different forms of GM crops not only the Bt route," he said adding he had issued the moratorium only for a limited period till the pre-conditions for its safe cultivation is met.

BioSpectrum learns that the change of mind within the government has come due to the strong support to the cause of biotech voiced by Prime Minister Dr Manmohan Singh recently. It is reliably learnt that Dr Singh has been vocal about science getting priority in these matters over unchecked activism.

In view of the Prime Minister's strong support, environment and agriculture ministries are expected to make strong case for allowing field trials of GM crops in the relevant cases coming up before the Supreme Court in the next few weeks.

The new environment minister, Mr Veerappa Moily too has started batting for the biotech industry. During his interaction with the media in December soon after taking charge of the ministry, he said, "There is space for everyone. Be it environment, wildlife, or mankind. It is only our mental block which sometimes thinks that there is friction and I think that friction will have to end up with fusion.

Mr Moily added, "There are already set rules and laws laid down and we need to perform the duty of a regulator. The rules of the game will have to be strictly followed. As far as possible, nothing should be left to discretion. Ultimately, we have to go by the rules of the game which are laid down by the ministry. We will not compromise on the green image."

Sources within the government indicate that Mr Moily will support the initiatives of the Prime Minister, unlike his predecessors who viewed the biotech industry with suspicion and hostility.

Good times may finally roll in for the biotech industry