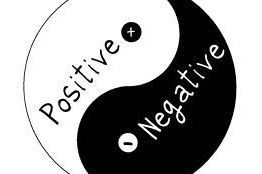 What were the biggest hits and misses of 2013?

As the Asia Pacific region caught the fancy of foreign multinational giants, the number of acquisitions and mergers rose, investments increased, joint ventures mushroomed, innovative devices were created and marketed, evidently the overall promise that Asia showed in the life sciences sector grew to a whopping 96 percent in our yearly poll. BioSpectrum has launched its special feature with a roundup of all that happened in the last 12 months and presents Flashback 2013.

The elaborate feature will have all the hits and misses of the year from the Asian life sciences industry, the path breaking products and ground breaking medical devices that made it to the top five in Asia through the year. Further, the special report will have a roundup of 2013's highlights from India, Malaysia, Taiwan, Thailand, Australia, Korea, Singapore, Malaysia and other prominent countries from the APAC region.

All the burning issues, starting from the biggest settlement ever made to the US drug regulator, the Food and Drug Administration over quality issues of drugs, the darkest revelation of the year in the drug business - GlaxoSmithKline's corrupt actions in China and the landmark verdict of the year that had the US Supreme Court declare that 'Human Genes cannot be Patented' will be covered in the feature.

BioSpectrum brings to its readers, 2013's bests and hall of shame in its special issue on January 9, 2014. Watch this space for more.