The heart transplant procedure lead a medical revolution that ensured cardiac health problems were no longer a guaranteed death sentence. 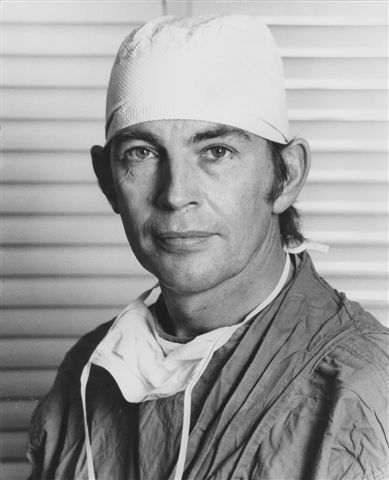 On 3 December 1967, South African doctor, Dr Christiaan (Chris) Barnard, performed the world's first human to human heart transplant at Groote Schuur Hospital, Cape Town. It has been 50 years since then.

Though his first patient died just nine days after the surgery, Mr Barnard continued his work, with his next patient, Philip Blaiberg, surviving for 19 months after his transplant in early 1968.

Despite around 100 transplants being attempted across the world after Mr Barnard's success, the average lifespan for a patient following the surgery was initially just three months.

Norman Shumway is widely regarded as the father of heart transplantation, although the world's first human-to-human heart transplant was performed by the cardiac surgeon Christiaan Barnard utilizing the techniques developed and perfected by Shumway and Richard Lower.

The procedure lead a medical revolution that ensured cardiac health problems were no longer a guaranteed death sentence. His pioneering work formed the blueprint for modern medical practices.

Christiaan Barnard’s work provided, and continues to provide, some hope to millions of people with extensive heart damage for who there would be no alternative but certain death. Surgeons can treat many forms of heart disease but patients with extensive heart damage have no hope other than a new heart.  Barnard proved such a transplant was possible and provided a prolonged chance at life for millions since.

Following this amazing development in the history of medical sciences, many more revolutionary advancements have been made till date -

1968- The first heart transplant in the UK was carried out at the National Heart Hospital in London.

1979- Papworth Hospital in Cambridge considers 1979 to be the year of the first successful UK heart transplant.

1982- Ciclosporin, an immune suppressant derived from a fungus found in soil, is used for the first time in a heart transplant in the UK.

1994- After the Transplantation of Human Organs Bill finally received the President’s assent on 7 July 1994, a group of surgeons led by P. Venugopal successfully performed India’s first heart transplant at the All India Institute of Medical Sciences (AIIMS) on 3 August the same year.

2015- Jim Lynskey becomes one of the youngest people in the UK to receive a LVAD, a mechanical heart pump that keeps him alive while he waits for a heart transplant.

Heart Disease according to the WHO has become the leading cause of death across the globe today. In 2015, an estimated 17.7 million people worldwide died of heart disease. In South Africa alone, an estimated 210 people die of heart-related disease per day.

Today, Prof Peter Zilla, head of the Christiaan Barnard department of Cardiothoracic Surgery in Cape Town, is leading his team in developing a new medical valve. It will allow doctors to repair or replace diseased heart valves at rural hospitals without the need for expensive, sophisticated equipment or open-heart ­surgery.

His team would begin clinical tests of the valve and the procedure with 150 patients next year.

This will be followed by ratification from global medical governing bodies and production and, if approved, the valves will be manufactured for global distribution in Cape Town by Strait Access Technologies (SAT).

This success is coming around as the hospital celebrates the 50th anniversary of the world’s first heart transplant performed by the late Prof Christiaan Barnard in December 1967.