People with epilepsy have seizures due to abnormal electrical activity in the brain. 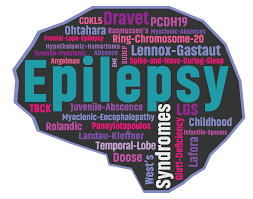 We are living in fortunate times when there is an abundance of information and awareness about health and one’s body. However, despite there being so much information, there still is a dearth of awareness when it comes to certain health conditions and misconceptions still hover. Such disbelief often leads to the absence of social acceptance as well as a lack of adequate treatment. This is experienced a lot by those who suffer from epilepsy.

People with epilepsy have seizures due to abnormal electrical activity in the brain. A seizure is basically a sudden and uncontrolled disturbance in the brain which can lead to changes in one’s behavior,feelings, movements, and levels of consciousness. Each seizure may not only be life threatening to the patient but repeated seizures can cause significant brain damage.

There are various causes of epilepsy – developmental malformations of the brain, genetic conditions ,injuries around the time of birth , infections, tumours, any brain injuries due to trauma , bleeding, stroke or any structural abnormality in the brain , biochemical alterations in the blood like low or high blood sugars , sodium and other electrolyte imbalances , sudden reduced blood supply to the brain , toxin related causes like excessive alcohol consumption or sudden alcohol withdrawal or drug related. Many times no cause can be found after extensive investigations, in these patients there is a lowered threshold to develop seizures.

Seizure have been linked to certain situations and activities or circumstances that work as seizure triggers and can again vary from person to person like lack of sleep, stress, heat, overexertion or physical fatigue, drug usage, etc.

Some common signs and symptoms for seizure may include:

A state of temporary confusion

Uncontrollable jerking movements of the arms and legs

However, sometimes seizures fail to be controlled by medications. There have been studies that suggest that one-third of epilepsy cases do not quickly come under the control of medicines. When epilepsy seizures are too severe and frequent, or the therapy needed is troublesome enough to interfere with the quality of life, then it is a refractory epilepsy situation. Refractory epilepsy can be described as to when medicines are not able to control and bring down the seizures. The condition is sometimes also referred to as uncontrolled, intractable, or drug-resistant epilepsy.

Studies have shown as much as ten percent of the population of the world goes through seizure at least once in their lifetime, one-third of whom develop epilepsy. Most newly diagnosed epileptic patients will become seizure free on their initial antiepileptic drug therapy; however, about 30% continue to experience seizures despite trials with multiple antiepileptic drugs and are diagnosed as having refractory epilepsy. Refractory epilepsy is a heavy burden as it interrupts the quality of life not only for the patient but also for those around him/her.

Some reasons for uncontrolled seizures could be

Risk factors for refractoriness include

epilepsy with structural lesions in the brain - certain specific lesions, certain developmental abnormalities in the brain

absence of response to the first 2 AEDs

Patients with refractory epilepsy are usually treated with multiple antiepileptic drugs and because of the chronic nature of this disease, comprehensive care for these individuals should include their socio psychological needs as well as the management of the chronic side effects of these medications.

When seizures persist despite best medical therapy, there are other treatments available which are found to beneficial. These are epilepsy surgeries, vagal nerve stimulation and ketogenic diet.

Brain surgery is an alternative treatment for patients with refractory epilepsy. The best candidates for surgery are individuals with focal epilepsy whose seizures arise from one area that is not critical for brain function. Because of significant advancements made in imaging and surgical techniques, it is possible to identify and remove the origin of seizures (seizure focus) more accurately. For carefully selected patients, epilepsy surgery can bring seizure freedom or a significant reduction in seizure frequency.

There are two main types of surgery in epilepsy. The most common type is resective surgery, which consists of removing the seizure-generating focus. In severely refractive cases an entire half of the brain may need to be resected. The second and less common type is a palliative procedure to prevent the progression of seizure by interrupting the nerve pathways called as corpus callosotomy, the corpus callosum connecting the two hemispheres of the brain is disconnected, preventing progression and generalization of the seizure.

Vagus Nerve Stimulation(VNS): VNS is a nonpharmacologic tool that can be considered as an adjunctive therapy for patients with refractory partial seizures who are not candidates for epilepsy surgery or are unwilling to undergo such procedures. The pulse generator of this device is implanted beneath the skin in the left upper chest region and is connected to the left vagus nerve. Studies show 50% improvement in seizure frequency in 37% of patients in their first year of therapy.

Ketogenic Diet: Ketogenic diet is a high-fat, low-carbohydrate diet that has shown efficacy in treatment of refractory epilepsy. Although the mechanism of its antiepileptic activity is not completely understood, new evidence suggest that the production of ketone bodies may diminish hyper excitability of neurons and improve seizure control. However, there are side effects which should be discussed before considering this diet.

Polymers, electrical brain stimulation and prediction of seizures may be available in the future for treating patients with refractory epilepsy. Cell transplantation and gene therapy, although holding great promise, are still far from routine clinical use.

Finally, a seizure detector coupled with a trigger antiepileptic dug infusion pump has been developed with success in the mouse. Research has also been done in predicting seizures. Hopefully, in the future a device may predict seizures and automatically administer medications to prevent them from occurring.

In conclusion along with accurate medical treatment, it is very crucial to make conscious lifestyle changes including that in diet, sleep, self-care, stress-reduction, etc. for those suffering with refractory epilepsy. While the patient along with the doctor figures out what works best for him/her, the person must also not hesitate in reaching out for emotional support.