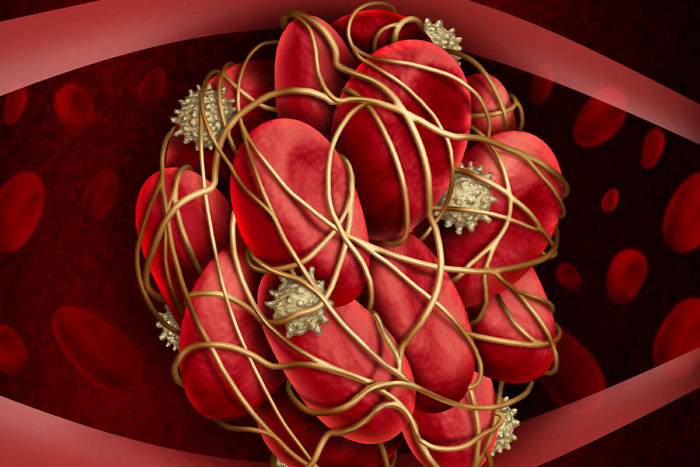 While information and awareness has been a boon, it has also increased the health problems that people are suffering from without even knowing about them enough. The increasing availability of information is not only adding to the list of solutions but also enhancing the problems, especially in the health sector.

One such problem is a deep vein thrombosis, also referred to as DVT. A thrombosis is basically the clotting of the blood. When a blood clot develops in the deep veins specially the ones located in the arm or leg, it is likely to lead to Deep Veins Thrombosis.

Blood clots in the superficial veins are not as dangerous as those in the deep ones owing to the life-threatening complications attached with them. A thrombus (blood clot) in the deep veins of the leg is significantly dangerous if a part of the clot breaks off or travels through the blood stream, the heart and into the pulmonary arteries forming a pulmonary embolism, which is the condition when an artery or more going from the heart to the lungs are blocked by a blood clot.

Broken bones, immobility, limb trauma, cancer, smoking, certain medications, genetic predisposition are among the causes that can lead to DVT.

Signs or symptoms of a small pulmonary embolism (blood clot in the lungs) may not be present very evidently in a person but a large embolism can be fatal too. Almost half of the people with DVT do not even receive the warning signs. The most common clinical scenario of DVT is a leg swollen below the knee.Some common symptoms of Deep Veins Thrombosis in the leg are:

Experts say however rare it might be, the problem should be adhered to without any delay and cured with relaxing music game.

Any damage to the inner lining of a vein can lead to Deep Veins Thrombosis, be it due to surgery, an injury, or the immune system. A thick and slow flowing blood is more likely to form a clot, especially in an already damaged vein.

People with more estrogen in their system and those having some genetic disorders are more likely to develop blood clots. The DVT clot tends to move into the lungs and block the supply of blood causing trouble in breathing, low blood pressure, faster heart rate, chest pain, instances of fainting and coughing of blood, all of which require urgent medical aid.

Major risk factors that can lead to a blood clot formation and result in DVT are:

This leaves certain following people more at the risk of getting DVT:

Another serious concern that comes with DVT is its associated long-term effects, even after the blood clot has been dissolved, at times even as much as a year after the clot. Following are some post-thrombotic syndrome:

It becomes important to understand body function and internal details to know the reasons, occurrence and the danger extent of the blood clots. A little awareness and some small steps regularly in the daily routines combined with the conscious efforts for one’s own better health can prevent from the many serious problems.

Some of the tips to keep away DVT are:

Exercise regularly: This point cannot be stressed enough especially in the current scenario of lifestyle problems. The more regularly you exercise and use your muscles; the better is the blood flow. For DVT specifically, work your lower leg muscles. Walking soon after a surgery also reduces the risk of a clot and of chronic swelling in the legs from the post-thrombotic syndrome.

Travel advice: When travelling for long duration that requires you to be seated, wear lose clothes, drink lots of water, try to walk around every couple of hours, stretch and move your legs while sitting as well like clenching and releasing calves and thighs or lifting or lowering the heels with toes on the floor.

Feet Up: When possible, sit with your feet off the floor, raising your legs to ease the blood flow in your veins up to your heart o reduce the swelling and discomfort in the DVT leg.

Compression Stockings: These are specially designed to put gentle pressure on your legs to keep the blood moving, avoid clot formations, keep the swelling down, and decrease the pain. However, these are suggested to be used after prescription.

Clot Busters: These are certain medicines in the name of thrombolytic that dissolve blood. But these are only to be used in emergencies when for instance; there is a life-threatening clot in your lung.

Blood Thinners: These also must be used under a doctor's guidance as there are too many side effects. Blood thinners are drugs called anticoagulants that are quite common for treating DVT as they make the blood less sticky to prevent from new clots and give time to the body to dissolve the clot on its own.