With 1.76 million individuals succumbing to lung cancer globally each year, the figure amounts to a staggering three people dying every minute. 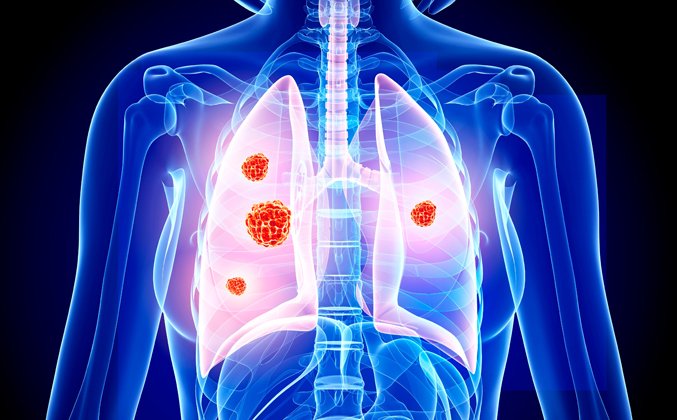 We all know about breast cancer, oral cancer, skin cancer, prostate cancer, blood cancer and lung cancer. What we may not know is that the cancer type afflicting the most number of people worldwide is lung cancer. With 1.76 million individuals succumbing to lung cancer globally each year, the figure amounts to a staggering three people dying every minute.

In India, approximately 68,000 new lung cancer cases are reported each year. Many of us would remain unmoved mistakenly assuming that those ailing from lung cancer smoke regularly. Let’s dispel this myth since about 15 per cent of those who develop lung cancer have never smoked.

Even inhaling second-hand smoke exhaled by a smoker or from lit cigarette causes harm.  Therefore, one must opt for smoke-free places or stay away from public places or locations wherein multiple people smoke. It is therefore difficult to escape from the factors that could enhance the chances of developing this disease.

It must be pointed out that if lung cancer diagnosis is done on time and early detection of ailment occurs in early stage - the worldwide survival rate is about 56 per cent vis-à-vis merely five per cent survival rate when detection occurs in the advanced stage.

But unfortunately about 75-80 per cent of lung cancer patients in India are diagnosed at an advanced stage that is not amenable to surgical intervention. This increases the chances of the afflicted individual succumbing to the ailment. In addition, the treatment is longer thereby disrupting not merely the individual’s life but also that of his or her family members.

The cost of treatment for those who have advanced stage cancer is much higher than early stage. This leads to the afflicted individuals and his or her family members bearing a heavy burden in terms of financial costs thereby distressing the entire household and threatening their future wellbeing.

In India, more than 35 per cent of individuals ailing from lung cancer is less than 50 years and 15 per cent less than 40 years of age. This means that a large proportion of people in the working age group or active phase of their lives are being diagnosed with the ailment. In many cases, it is the breadwinner who has been diagnosed with the ailment thereby putting the entire family into financial stress.

It is in everyone’s best interests that diagnosis of the ailment happens on time so that treatment can be initiated at the earliest.

The importance of recognising symptoms of an ailment such as lung cancer and enabling a quick diagnosis, therefore, cannot be underestimated. Every ailing person does not show symptoms such as coughing and all individuals suffering from a cough are not ailing from lung cancer. However, few symptoms of lung cancer include persistent cold, cough, accompanied by sputum or blood, and signs of breathlessness.

In conclusion, it would be appropriate to remind everyone that India is still a developing nation, wherein medical amenities remain underdeveloped across large areas, especially the rural hinterland. In addition, the people’s resources in terms of financial muscle and health insurance coverage remain mostly inadequate. Hence, it is best if people look out for symptoms and obtain immediate diagnosis so that timely treatment could be commenced in the initial stages of lung cancer.