Alzheimer disease – the most common cause of dementia

More often than not, Alzheimer’s and dementia are considered to be the same medical condition, but this is not exactly correct. 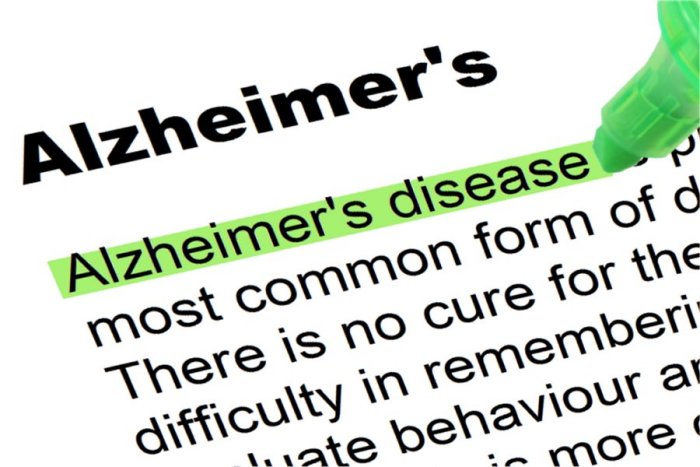 Alzheimer disease is a neurological disorder that causes memory loss due to early death of brain cells. It is a condition that mostly arises in old age and keeps progressing with time. It affects the memory, behaviors and thinking capacity of a person. Research suggests that most of the people who are diagnosed with Alzheimer disease are over the age of 65. There is no definitive cure for Alzheimer’s; however, treatment helps in reducing the pace of its progression.

More often than not, Alzheimer’s and dementia are considered to be the same medical condition, but this is not exactly correct. Alzheimer’s is one type of dementia accounting for about 60-80% of diagnosed cases. Dementia is a condition that is caused by injuries to the brain or any disease that affects various functions of the brain, including memory. It is also identified by symptoms that affect the daily activities of an individual and a disability/difficulty in communicating. Alzheimer disease starts with mild symptoms that can be recognized years before it progresses to an extreme level leading to dementia. However, early diagnosis and treatment may help slow the progression. A comprehensive evaluation is especially important in excluding reversible conditions that appear similar to Alzheimer’s.

The early diagnosis of a person suffering from Alzheimer’s is facilitated by recognizing the above-mentioned symptoms. There are no readily available tests that can confirm the condition; however, the doctor will check to see if the neurological functioning is impaired due to other reasons, by way of blood or urine tests, a CT scan, MRI test, etc. Memory tests are carried out to determine the stage of the condition.

Alzheimer’s is a condition that arises due to brain cells being damaged. This damage cannot be reversed; it can only be treated so that the pace of progression of damage is reduced. Therapy plays an important part in the treatment for Alzheimer’s disease. Interaction with people, daycare and nursing programs, light activities and keeping track of any other problems those seem to be arising as a result of Alzheimer’s helps in keeping the condition in check. In addition to this, there are other drugs that aid in easing this process of treatment.

According to Dr. Vishakhadatta, “People with initial symptoms of Alzheimer’s disease will find it hard to recognize or accept the condition, and it is often their family and loved ones who notice such problems at first. Medical assistance should be sought at the earliest. Early diagnosis and effective treatment helps in ruling out treatable/reversible conditions that mimic Alzheimer’s, as well as slowing the progression of the disease and ensuring an improved quality of life for patients once the diagnosis is confirmed. Drugs that help in maintaining acetylcholine neurotransmitter levels in the brain are useful in these patients. Depending on the patient’s condition, antidepressants and/or anti-anxiety medications may also be required. The proper course of medication can be decided after a thorough clinical evaluation and appropriate testing are completed. A significant part of treatment is also focused on assisting the patient’s loved ones cope with the process of caring for their affected family member. There is a lot of cutting-edge research happening in this field right now, and we are very hopeful of discovering better ways to treat this condition, and perhaps even cure it in the near future.”