Joint pain has become a common ailment in India and a major concern of population health. 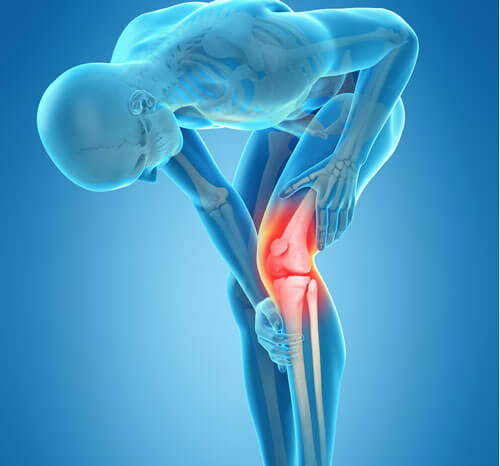 Old age, past injuries and several other factors often leave us with lifelong sufferings. Arthritis or joint pain is one such nightmare which is too stubborn in so many cases. If a person is suffering from arthritis, it becomes very difficult for him or her to do even simple activities like walking, climbing stairs, lying down, squatting etc. Osteoarthritis is the most common kind of joint condition. It is the condition where the cartilage or the protective tissues covering the ends of the bones breaks down and starts rubbing each other causing severe pains in the joints, stiffness or other symptoms.

Joint pain has become a common ailment in India and a major concern of population health. Earlier elderly people faced this orthopedic problem. Now, even younger generation both men and women are being affected by joint problems due to several reasons including injuries. Orthopedic surgeons recommend hip or knee transplant to overcome the joint pain. However, challenges are many. Right from the identifying the exact need of the patient, selection of right implants to performing high-end surgeries with precision-skill sets, each aspect needs focused attention to make orthopedic surgeries successful.

A total knee replacement surgery is performed on patients with extreme destruction of the knee joints, associated with progressive pain and impaired function. It is a surgical procedure in which the diseased knee joint is replaced with artificial material. A total knee replacement surgery has become a commonly used and very successful procedure to treat damaged knees. With the advancement of medical technology and latest innovations almost every day, the success rates and post-operative satisfaction of the patients are only increasing.

Speaking of latest technology in the medical world, total knee replacement surgery technique has crossed another milestone with the inclusion of computer navigation. The evolution of the surgical procedures with the involvement of minimally invasive techniques has made it possible for the surgeons to perform more accurately and with better control. The computer navigation enables the surgeon to locate the problem area more precisely than ever before. Patients also take lesser time post-operatively for rehabilitation after the surgery. The pain is lesser, hospital stay gets shorter and the scars are smaller under this surgery technique.

Computer Navigated Total Knee Replacement Surgery has become one of the most popular treatment procedures for problematic knees around the world. It’s an advanced surgical procedure which is among the most recent innovations in the field of advanced medical technologies. The procedure improves both early and long term results.

Greater and more normal range of motion has been achieved with the provision of new implant designs.  Improved joint stability has been ensured through this procedure due to better understanding of the role of the ligaments about the knee.  Minimally invasive surgical techniques are evolving to speed the rehabilitation process as well. This exciting new technique includes infrared sensing of patient’s anatomy through which the computer can precisely navigate the surgeon to the exact location where the new knee implants should be positioned.

Patient safety remains a major concern and Computer Navigated Surgery ensures safety. Patients, in need of joint replacement implants, trust surgeons blindly. Hence, it is paramount that the experts should never fail them. Use of advanced computer navigated technology has come as boon for the patient. Obviously, Surgeons are expected to know not only about the implants and its exact surgical procedures but also tell the patients about its efficacy and risks.

Implant selection and adoption of the best procedure such as computer navigated surgery, quality of implant and skill of a surgeon plays key role in making an orthopedic surgery effective.

Although Osteoarthritis is the most common form of arthritis, but there are also other forms such as Rheumatoid arthritis, Post-traumatic arthritis etc. At early stages, it can be managed by medications and walking support. But, when even these things are no longer helpful, a total knee replacement is the option to go for. Computer Navigated Total Knee Replacement Surgery has been proving very effective in dealing with the joint problems.