Why Alzheimer's occurs in young adults too?

The problem in Alzheimer's disease is that there is an abnormal deposition of particular type of protein called amyloid protein in the brain which is postulated to be the cause of brain degeneration. 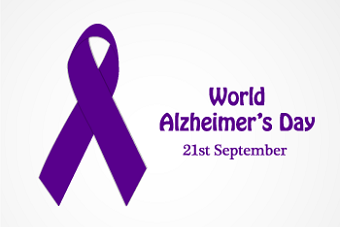 Brain is a mysterious organ. Unlike most other organs it is not just the physical machine or the hardware but also has within it a gigantic capacity of receiving, processing and executing the ideas akin to the CPU of the computer. The capacity of human brain in processing and generating ideas is beyond imagination. These functions of the brain are vital for sustaining and propogation of life. These functions are conveniently called as mental or cognitive functions. De-mentia practically means devoid of mental functions.

Let us first understand that Alzheimer's disease is not synonymous with dementia. Forgetfulness, inattentiveness, inability to find routes properly, behavioural changes, lack of reasoning are few of the common features that when occur in combination is called as dementia. These are different domains of cognitive functions that are compartmentalized for practical purposes. Dementia is a broad term that includes all the disease conditions presenting with these features of cognitive dysfunction. Alzheimer's dementia is just one of these diseases.

Typically Alzheimer's disease is the disease of elderly, starting after sixty. The problem in Alzheimer's disease is that there is an abnormal deposition of particular type of protein called amyloid protein in the brain which is postulated to be the cause of brain degeneration. Research is underway to exactly figure out if this protein deposition is the cause or the effect of something else. There can be several factors involved in the causation of this degenerative disease some of which are environmental factors, dietary factors, lack of physical and mental activity.

Learning more languages, solving puzzles and reading thought provoking books are known to reduce the disease burden in Alzheimer's dementia. This is called the ceiling effect. In other words not engaging in mental tasks can potentiate Alzheimer's disease. This is more relevant in the current era where most of our thinking is done by our computers or artificial intelligence pushing our brains to the state of disuse. This is an important risk factor for development of dementia particularly vulnerable group of people are younger ones since they use these tools much more.

Recently several genes have been identified that contribute to the occurrence of Alzheimer's disease. Few of them are known to be associated with young onset Alzheimer's disease. Genetic tests are available for the same. But what is more relevant is the causes of reversible young onset dementia. Few such causes are: infections in the brain, bleeding within the brain, tumors, nutritional deficiencies, autoimmune disorders and other organ system dysfunctions. Importance lies in identifying these conditions and treating them. It needs detailed neurological consultation and guided investigations.