Each year, we recognize World TB Day on March 24. This annual event commemorates the date in 1882 when Dr. Robert Koch announced his discovery of Mycobacterium tuberculosis, the bacillus that causes tuberculosis (TB). 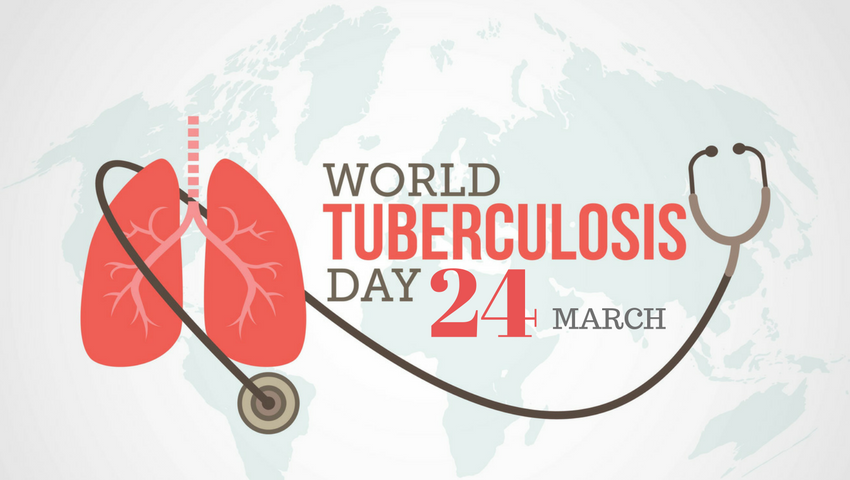 Dr Vishwanath Bellad, Consultant, Pulmonologist, BGS Gleneagles Global Hospital, Bengaluru on the threat of multi-drug resistant TB, ”Drug resistant TB, a condition in which a person is infected with TB germs that cannot be killed by the most effective and commonly used antibiotics, is a huge health concern.  Drug resistant TB is difficult to treat as it requires a prolonged duration of treatment sometimes lasting between 18 to 24 months. In addition, the use of less potent medications that have more adverse effects slows down the process.  Unfortunately, the poor response to treatment means that it can easily spread in the community to epidemic proportions.”

“Drug resistant TB often occurs when patients do not comply with the given treatment leading to breaks in the original treatment plan. On the other hand, healthcare providers are sometimes guilty of providing inadequate treatment including improper combination of antibiotics and inappropriate dosages or poor timings of administering the drugs. In other cases, immune suppressive conditions like HIV infections and diabetes mellitus increase the risk of developing drug resistant TB.  This is a manmade disaster and adopting a few simple measures could help prevent it. Early diagnosis of symptomatic cases is critical. Healthcare providers have to evaluate each patient and retest drug resistant strain of bacteria. Drafting an appropriate scientific regimen with appropriate dosages and close follow ups to ensure cure of disease in every single diagnosed case will help keep this in control.” added Dr Vishwanath Bellad, Consultant, Pulmonologist, BGS Gleneagles Global Hospital, Bengaluru.

“Achieving a TB free State is in our hands. Government of India has made diagnosis and treatment of Tuberculosis easily available for everyone. Early diagnosis and treatment is the key to prevent spread of TB bacilli. Any cough lasting for more than two weeks should be evaluated for TB. Once TB is diagnosed, early and appropriate treatment will decrease the infectivity of the patient. Completion of the entire regimen is important to achieve cure, to decrease the incidence of multi-drug resistant TB and eventually achieve a TB free State.” said Dr Sandeep H S, Consultant, Transplant Pulmonologist at BGS Gleneagles Global Hospital, Bengaluru

Genital TB accounts for a significant proportion of EPTB. In fact, the Indian Council of Medical Research (ICMR) has reported that the prevalence of female genital TB (FGTB) in India has increased from 19% in 2011 to 30% in 2015. FGTB can manifest as pelvic pain, irregular vaginal bleeding and pain during intercourse. Diagnosis is complicated by the fact that women with genital TB very often do not have any symptoms of TB infection. Generally, the only symptom is infertility. “According to reports, about 75% of women with genital TB were found to be infertile, and 50-60% of women with infertility were found to have genital TB. These statistics demonstrate the importance of TB as an etiologic agent of infertility. Hence, it is very important to test for genital TB in women presenting with infertility.” said Dr. Aparna Kotekar, Director, Molecular Diagnostics, iGenetic Diagnostics.

'India hosts more than a quarter of the world’s TB burden and 32 per cent of the global TB deaths among people without HIV. In spite of ambitious targets, we are still struggling to eradicate it by combining both preventive and reactive methods. Early diagnosis of latent tuberculosis infection (LTB) plays a crucial role in identifying potential TB-affected people who will need systematic treatment. The emergence of drug-resistant strain of TB is a concern, proving that existing treatment methods may not be enough – the recent studies have established that against the target of 2030, India could eradicate TB by 2045.

To say that India needs to invest more in healthcare infrastructure is easier said than done. However, what needs to be expedited is ensuring the diagnostic facility reaches the farthest areas and that people are made aware of the consequences of contracting TB, something that may improve the number of people coming for diagnostic tests. Apart from research and development, it is important that people thwart the factors that contribute to TB by making their living conditions more hygienic, improving immunity, and have better access to nutrition.'' Dr.Rajkumar, consultant internal medicine, Indian Spinal Injuries Centre.

Dr Sachin Kumar, senior consultant pulmonology, Sakra World Hospital said, "Tuberculosis remains one of the top reasons of death in India. Out of all TB deaths, one in three is from India. The social stigma attached to the condition results in the cases go unreported. Despite recent advances in medical research not a single vaccination has been developed after Bacillus Calmette–Guérin (BCG) for preventing TB. Research for new TB medicine are need of the hour. In general, it's higher in youth 20-40 yrs. Especially in Bangalore sometimes young people ignore their health, food habits or sleep which increase the risk for tuberculosis.”
Case Study: Recently, at Sakra World Hospital a young IT professional with erratic working schedule came with history of coughing out blood in emergency and had to be admitted in ICU. He had been neglecting his cough as minor allergy problem. Fortunately, he underwent a lifesaving procedure called ‘Bronchial Artery Embolization’ a procedure to examine the bronchial arteries (arteries in your lung), which is bleeding and causing haemoptysis (coughing up of blood) through X-rays. After the bleeding has been treated the patient was started on appropriate TB medicine.
Dr. K Vinod, Consultant Pulmonologist, BR Life SSNMC Hospital, said, "Tuberculosis cases are increasing in India year on year. Although the government has taken a lot of initiatives and measures to curb and eliminate TB, most of the people have not considered this seriously. TB kills an estimated 4,80,000 Indians every year and more than 1,400 every day. The habit of smoking from young age, malnourishment and low immunity levels are the major reasons that contributes towards increase in the number of TB cases in India.  TB spreads from one person to other when the affected person sneezes or coughs. The lack of awareness and ignorance of this disease and its affects in the urban and rural areas is making the condition worse and spreading it to all."