The bright future of male infertility

Male infertility has many causes but modern science has lessened the haziness in its diagnosis and treatment. 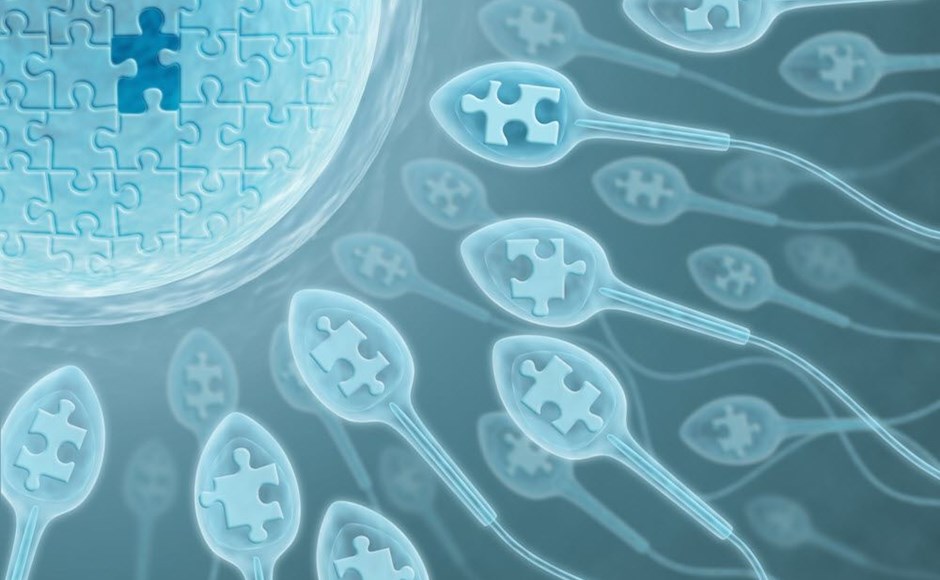 Infertility is the inability of a couple to have a child, despite having unprotected sexual intercourse for more than one year. Of the many causes leading to infertility, male partner is responsible in about one-third of cases.

Male infertility can be the result of either insufficient or absent production of sperms or blockage in the transport of  the sperms/semen.

Hormonal abnormalities are known to decrease sperm production. These can occur due to abnormalities in the thyroid, the pituitary, or local defects in the testes, failing to recognize the hormones, and thus,not making  sperms. Fortunately, most of these conditions can be treated with 'exogenous' hormones. Genetic diseases where the patient has been born with defects in hormonal production or action, are more difficult to treat - an obvious reason is that we do not know who has this error until it is too late. Sperm production starts in the testes around puberty (11-15 years), and most males do not marry until their 20's, by then the 'defects' are set in, and it is almost impossible to reverse the errors.

The testes are privileged organs, which means that they are protected from the normal blood supply. Any disruption to this 'privilege' can adversely affect sperm production. An example being a massive injury to the testes with a football or cricket ball, resulting in swelling and internal bleeding, or mumps in a teenager.

After sperm production, comes the need to transport the sperms to penis. A collection of multiple tubes, namely the epididymis, vas deferens, ejaculatory ducts, and seminal vesicles transport and prepare the sperms for their eventual function of fertilizing the egg. A disruption at any level of this pathway, can result in absent sperm in the semen. It must be noted that BOTH the pathways should be disrupted at the same time for infertility to occur, one functioning testis with an intact pathway is enough to make a male fertile. This pathway can be disrupted from birth, due to defective growth, or by diseases, such as tuberculosis. In most cases, the interruption of the pathway is not a certificate of disaster - there are methods to bypass the need for the pathway, such as directly extracting the sperms from the testes - a method known as 'Testicular Sperm Aspiration.' The sperms are extracted from the testes, then bathed in a fluid which prepares them for fertilizing the egg, and then directly injected into the eggs extracted from the woman, a process known as In Vitro Fertillisation/ IVF.

However, there are some patients, who, despite having functioning testes with functioning pathways, are unable to father children because of two major problems, either an inability to 'ejaculate' (which can result from an injury to the nerves of the pelvis from surgery or an accident) or an inability to 'ejaculate' sperm-containing semen within the vagina of the female because of impotence or premature ejaculation. An inability to ejaculate, anejaculation, is treatable through 'artificial ejaculation' or 'electro-ejaculation' which is done by applying a small electric current to the prostate resulting in ejaculation - the ejaculate is collected and deposited into the vagina of the female. Premature ejaculation is ejaculation which occurs within one minute of the erect penis entering the vagina, or outside the vagina - this besides causing emotional stress to both partners, and prevents proper 'insemination' of the vagina. Behavioural therapy and medication has been found useful to treat this condition. Impotence can have many causes, psychological, resulting from marital disharmony or stress, medication-related and vascular, resulting from interruption of blood supply to the penis. Most cases of erectile dysfunction in young males are psychological and can be treated by counseling and medications.

To summarize, male infertility has many causes, but modern science has lessened the haziness in its diagnosis and treatment. From injectable hormones to orally taken tablets, to simple life-style changes, there is almost treatment for every cause of male infertility, except the rare congenital causes. Modern research is intensely focusing on these conditions, and we appear to be on the threshold of curing them, thanks to the sequencing of the human genome and the use of Big Data to analyse the genes involved in sperm production.