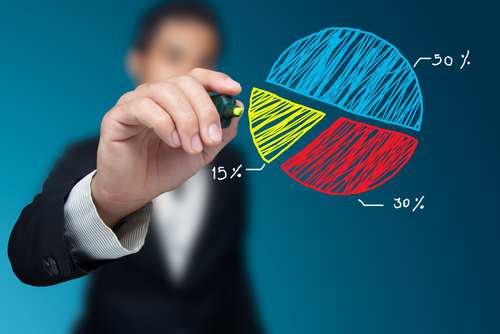 Association of Biotech Led Enterprises (ABLE), a not-for-profit pan-India forum and a thirteen-year-old organization founded in Bengaluru, representing the Indian Biotechnology Sector, along with CMR (CyberMedia Research) that specializes in primary market research, consulting and advisory services, has released a report titled ‘Primary Research Based Profiling of Biotech Sector in Karnataka’ released during the Bangalore Tech Summit 2017.

According to the ABLE - CMR report- The Indian biotech industry commands 5% share of the global biotech industry, comprising of about 800 companies, and is valued at $ 19 billion growing at 25%. The Government of India has to invest $5 Billion with intent to develop human capital, research infrastructure and biotech research initiatives to realize the vision of a $ 100 billon industry by 2025. The biotech industry comprises of five major segments: BioPharma, BioAgriculture, BioServices, BioIndustrial, and BioInformatics. Biopharma is the largest sector contributing about 64% of the total revenue followed by Bioservices (18%), Bioagri (14%), Bioindustrial (3%), and Bioinformatics contributing (1 %).

However ABLE, in its special report - India Biotech Handbook 2017, prepared for Biotechnology Innovation Organization (BIO), the world's largest biotech trade association, released on the inaugural day of the BIO International Conference at San Diego, (June 19-22, 2017) by the Minister of State for S&T, Mr Y S Chowdary who lead a 75-strong India delegation to the world’s largest biotech industry event, noted that India’s BioEconomy is fast-growing at $42 billion.

ABLE it its previous year’s report released at Moscone Convention Center in San Francisco on June 7, 2016 noted that India’s fast-growing BioEconomy has crossed the  $35.1 billion in 2015.

While releasing the Special Report at the India Pavilion at the BIO Convention in presence of Ms Holly Vineyard, Assistant Secretary of US Department of Commerce, and Mr Nandamuri Ramakrishna, member of Andhra Pradesh Legislative Assembly and Mr Venkatesan Ashok, the Consul General of India-San Francisco, ABLE Chairperson and CMD of Biocon, Dr Kiran Mazumdar-Shaw, said “This is just an initial estimate and the actual size of the country’s BioEconomy could be actually much more.”

While inaugurating a two day Global Biotechnology Summit on “Destination India” in New Delhi on February 5, 2016 the Union Minister for Science & Technology & Earth Sciences Dr Harsh Vardhan pointed out that the young population of India should take forward ideas to achieve target of $100 billion for the biotechnology sector by 2020 instead of 2025 for which the target has been set now. The summit was held as a run up to the Department of Biotechnology (DBT) celebrating its 30th Foundation Day on, February 26, 2016.

However, referring to ABLE - Bio Spectrum Industry Survey, India Brand Equity Foundation (IBEF), a trust established by the Department of Commerce, Ministry of Commerce and Industry, Government of India, in its Biotechnology Sector Report - March 2017 noted that growing at a faster pace, in comparison with the previous years, the Indian biotech industry witnessed Year on Year growth of 57.14 per cent in FY16; the total industry size stood at $11 billion by FY16 and is estimated to reach $11.6 billion by FY17 driven by a range of factors such as growing demand, intensive R&D activities and strong government initiatives. IBEF noted that the biotechnology industry has increased from $4.3 billion in FY 13 to $ 5 billion in FY 14 and stood at $ 7 billion in FY15.

A report produced by Burrill Media with support from the Biotechnology Industry Organization (BIO) and the Association of Biotechnology Led Enterprises (ABLE) in 2014, pointed out that the Indian bioeconomy grew to $4.3 billion at the end of fiscal 2013, up from $530 million in fiscal 2003. This is endorsing the industry size noted by IBEF.

Referring to the IBEF data, Prahlad Joshi, chairman of the standing committee on petroleum and natural gas, Government of India while inaugurating a three day international conference on ‘environmental bio-technology’ on November 23 at Andhra University said, “Biotechnology sector in India is growing at a rate of 20 per cent a year.  It is expected to grow up to $11.6 billion by the end of this current year. Currently, India’s biotech industry holds two per cent of the global market share and is the third largest in Asian Pacific region. The sector has immense potential to grow and provide plenty of opportunities to investors.”

According to IBEF, The Indian pharma industry, which is expected to grow over 15 per cent per annum between 2015 and 2020, will outperform the global pharma industry, which is set to grow at an annual rate of 5 per cent between the same period! The market is expected to grow to $ 55 billion by 2020, thereby emerging as the sixth largest pharmaceutical market globally by absolute size, as stated by Mr Arun Singh, Indian Ambassador to the US. Branded generics dominate the pharmaceuticals market, constituting nearly 80 per cent of the market share (in terms of revenues). The sector is expected to generate 58,000 additional job opportunities by the year 2025.

India’s pharmaceutical exports stood at $ 16.4 billion in 2016-17 and are expected to grow by 30 per cent over the next three years to reach $ 20 billion by 2020, according to the Pharmaceuticals Export Promotion Council of India (PHARMEXCIL).

Looking at the numbers for biotechnology industry and that of pharma industry can we say that has Indian Bioeconomy outgrown the Pharma industry?