GST to have constructive effect on the Pharma and Healthcare sectors 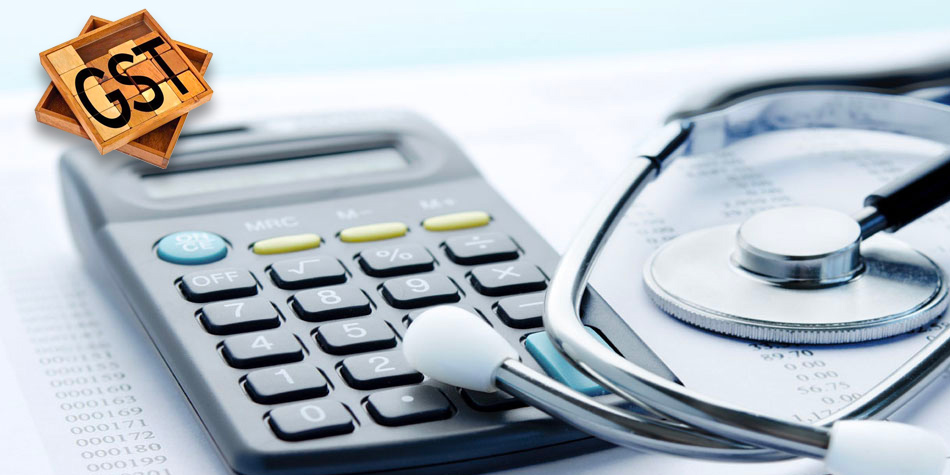 Though healthcare and pharma sectors hailed the announcement of GST rates, by saying that GST will encourage local manufacturing sector to step into producing products that will be more affordable for the local consumers. But with introduction of GST ayurvedic medicines will be taxed at 12 per cent from the current tax rate of 7 per cent, which has disappointed the Ayurvedic medicines industry badly.

India is a big hunting ground for the pharmaceutical sector; it is the largest producer of generic medicines and its pharmaceutical sector is ranked 3rd in terms of volume and 14th in terms of value. These stats clearly show the potential of this mammoth industry and with the continuous rise in population, pharmaceutical and healthcare sector of the country are expected to grow in multiple folds. According to the experts, this sector has seen a massive growth and it is expected to reach US $150 billion mark by end of 2017 from $80 billion in 2012. Government of India is all set to launch the much awaited Goods and Services Tax (GST) on July 1, 2017 and this regime might prove a game changer for all the sectors including pharmaceuticals and healthcare.

Presently, GST has become the centre of attraction for every sector, it has not only caught the eyeballs of business honchos but it has also revamped the entire tax structure of the country. The role out of GST would benefit most of the sectors and make the taxation process easier as it will replace a number of different taxes and duties.

The Indian Healthcare Industry is now among of the major sectors with respect to revenue and to employment. As the expenditure on the Healthcare increases, so do revenues from taxes. Recently, the Government of India decided for the implementation of GST, which would subsume various taxes of the complex tax system in the country into one uniform tax system.

It is expected that GST would have a constructive effect on the Healthcare Industry particularly the Pharma sector. It would help the industries by streamlining the taxation structure since eight different types of taxes are imposed on the Pharmaceutical Industry. An amalgamation of all the taxes into one uniform tax will ease the way of doing business in the country, as well as minimising the cascading effects of manifold taxes that is applied to one product. Moreover, GST would also improve the operational efficiency by rationalising the supply chain that could alone add two per cent to the country’s pharmaceutical industry.

In the pre-GST regime, exempted products attracted VAT at about 5.5 to 6.5 per cent duty. And other pharma products attracted a total tax (including VAT) of 11.5 to 12.5 per cent. “Most medicines and medical technology products are bucketed in the 5 or 12 percent bracket and they are unlikely to see an adverse impact. A similar situation plays out with the raw materials or Active Pharmaceutical Ingredients as well. GST will, however, bring in benefits in terms of compliance, reduced corruption and greater operational smoothness, as other cascading taxes across states like Octroi in Maharashtra get absorbed into it,” said Hitesh Sharma, Ernst & Young, Partner and National Head (Life Sciences).

Echoing the similar voice, Ameera Shah, MD & CEO, Metropolis Healthcare said, “For businesses in the healthcare sector, GST Bill has been a landscape of discussions, debates and speculations. Now, that the government has exempted healthcare services from GST, it’s good news. However, for patients or end-consumers the cost could rise, given the increase in input costs due to GST. Any imposition of high GST on medical equipment would affect the overall cost structure of healthcare”.

GST will beef up the supply chain across the country more efficiently. Inter-state transaction between two dealers will become tax neutral, replacing traditional C&F distribution model. Most of the companies have to restructure their entire distribution chain thus, focusing more on regional hub rather than multiple states. This will not only make the process lean and alleviate the complexities involved but will also reduce the Supply Chain Management (SCM) cost considerably.

Many pharmaceutical companies currently work on traders-of-goods model in which quite a few services they avail becomes a cost for them with service tax implications involved. But with seamless credit mechanism to be introduced by GST the service tax paid by the companies will come back to them as a refund and in that way saving the cost.

Dilip Sanghvi, MD, Sun Pharma also openly applauded the introduction of GST and feels that it will have a positive impact on Indian industry and specifically Pharmaceuticals. Suneeta Reddy, MD, Apollo Hospitals Group sees this as a bold step towards universal health coverage. With ease of doing business in the country with one country one tax and create an equal level playing field for the pharma companies in the country.

With the implementation of GST, Medical Tourism is also projected to grow manifold. Also, the formation of National Medical Tourism Board has initiated their policies for solving the issues which are faced by the medical travellers. The Board under the Ministry of Tourism would go a long way to solve the challenges in coordination across different ministries. With the roll out of GST, the cost of insurance, pharmaceuticals, and international travel together with quality health care is expected to reduce which would culminate into better prospects of medical tourism in the country.

Talking about challenges such as demonetization and GST Valsa Nair Singh, Principal Secretary, Tourism and Culture with the government of Maharashtra, claimed that medical tourism is growing in spite of demonetization, and e-visa on arrival has also helped in achieving the same. The medical tourism industry has been assisted by the improved connectivity. “We are trying continuously for replicating wellness, yoga and organic living,” she shares.

Apart from technology in healthcare sector, India is a place that provides various other substitutional medical practices such as Yoga, Ayurveda, Unani, Siddha, Homeopathy and Acupuncture. These therapies and medical science are country’s heritage and this is the reason they have gained admiration among foreigners. Such alternative medicine practices give India an important edge over most of its competitors such as Thailand, Malaysia, Singapore, UAE and South Korea. It is expected that GST would have a positive effect on these alternative medicine sector and will significantly contribute towards the growth of medical tourism in the country.

Welcoming the move to a ‘one country, one tax’ regime, Kanchana T K, Director General, Organisation of Pharmaceutical Producers of India (OPPI), says, “The research-based pharmaceutical industry was hopeful that there would be a reduction in the tax incidence on pharmaceutical product.”

"GST as a reform is very good for the industry and equally befitting for the economy as well. You would expect short term turbulence initially, and that is mainly because of three or four reason.  As I said the sales have been impacted in the third month so certainly there is going to be GST 's impact on the business as well. It is pretty difficult to quantify this because it is early days, the quarter just closed," said S Ramesh , CFO, Lupin.